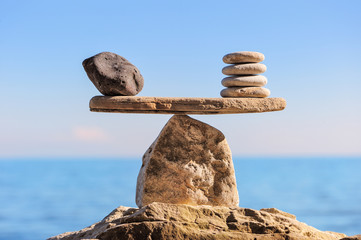 Last week proved a mixed affair for equity markets. Global equities ended down 1.2% in local currency terms but up 1.4% in sterling terms. There was also a marked divergence in regional performance. While UK equities posted another good increase of 3.8% and Chinese equities gained as much as 13.7%, US equities fell 0.7% in sterling terms.

The mid-week meeting of the Fed was the big event. It raised rates as expected by 0.75% to 3.75-4% but also, as the market was hoping, indicated the pace of tightening should now slow. However, initial excitement that this signalled a Fed ‘pivot’ was short-lived.

Chair Powell went onto emphasise that inflation had continued to exceed expectations and that rates will have to rise further than previously expected. The market is as a result now pricing in rates peaking next spring at slightly above 5% and 10-year Treasury yields duly rose 0.15% to 4.15%.

The US labour market remains key to the Fed’s thinking and Friday’s data appeared to reaffirm the outlook for further rate increases, albeit of a smaller size. Employment posted another healthy gain in October and wage growth remained elevated, although the unemployment rate did edge up to 3.7%.

Here in the UK, the BOE followed the lead of both the Fed and the ECB the previous week and increased rates by 0.75%, this time to 3%. This may have been the largest rise for 30 years but came as no surprise. Unlike the Fed, the Bank said rates should not have to rise as high as the market had been fearing. Investors now expect rates to peak at around 4.5%, rather than 6% at the height of the mini-budget crisis, and this looks much more plausible.

The Bank warned of a very challenging outlook. It believes the UK has already fallen into recession and will remain so until 2024. As for inflation, it is forecast still to be above 5% by the end of next year, before declining sharply over the following two years.

Even so, as much as 75% of revenues comes from overseas for the FTSE 100 and 50% for the FTSE 250 mid-cap index. The depressing domestic economic outlook should therefore not prove too much of a problem for the UK market, particularly given how cheap it is.

Elsewhere, Chinese equities were elated by some suggestions from officials that the zero covid policy would now be relaxed. Although hopes of a rapid abandonment are likely to prove wide of the mark, a gradual relaxation is on the cards for the coming year. The ensuing rebound in the economy, along with current cheap valuations, means Chinese equities look relatively well placed over the medium term.

Tomorrow sees the US mid-term elections and the Republicans look set to take control of the House of Representatives and possibly also the Senate. This in theory bodes well for markets which have tended to fare best under divided governments which produce policy stalemate and hence stability. Indeed, the year following the mid-term elections has historically been the strongest in the four-year presidential election cycle, with US equities on average notching up an impressive 17% gain.

We are also now entering a time of the year which is generally more favourable for markets. Even so, we believe volatility will remain the name of the game over coming months and that the Fed will be much more important than the colours of the US government in determining market fortunes. For that very reason, investors may well pay rather more attention to the October US inflation data released this Thursday than the results of the mid-term elections.