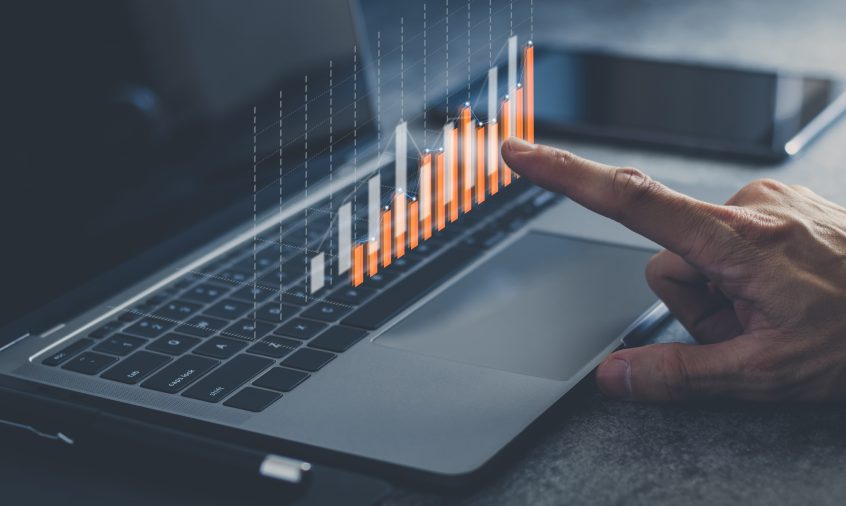 Equities were down yet again last week despite a bounce on Friday and posted their sixth consecutive weekly drop. Global markets fell 1.8% in local currency terms although UK investors continued to fare rather better. The fall was only 1.1% in sterling terms and UK equities were actually up 0.4% over the week.

Meanwhile, bond yields retreated, unwinding some of their sharp rise in recent months. 10-year US Treasury yields fell back through the key 3% mark they had broken through only the week before.

US consumer price inflation was the data highlight last week. The headline rate fell back a touch in April to 8.3% from 8.5% and the core rate (excluding food and energy) also eased to 6.2% from 6.5%. However, the retreat was smaller than expected and inflation pressures broadened out, dampening hopes that inflation would fall back further over coming months.

Here in the UK, this Wednesday’s inflation numbers will paint a rather grimmer picture. Inflation looks set to jump from 7.0% to around 9% in April and according to the Bank of England’s latest forecasts will hit 10% late this year.

On the growth front, there has been little to cheer markets of late. Today’s Chinese numbers highlighted the damage being done to that economy by its zero covid policy and the lockdowns currently in place in Shanghai and elsewhere. Retail sales and industrial production were both considerably weaker than expected in April, falling 11% and 3% respectively from a year earlier.

With no sign that Premier Xi Jingping is willing to ditch his zero covid policy ahead of the important party congress later this year, the government’s 5.5% growth target is looking ever more implausible. China’s problems are also putting renewed pressure on global supply chains.

The latest UK growth numbers were also downbeat. While GDP posted a respectable 0.8% gain over the first quarter as a whole, momentum slowed sharply through the quarter. Activity unexpectedly contracted slightly in March, highlighting the pressure the economy is now coming under from the cost-of-living squeeze and the danger of it slipping into recession later this year.

Monetary tightening is now well underway in the US and UK and ECB President Christine Lagarde has recently confirmed that rates are also likely to start rising in the eurozone in July. As elsewhere, the extent of the surge in inflation has caught the central bank by surprise and is now forcing it to tighten policy despite the poor outlook for growth.

Barring a peace agreement in Ukraine which looks unlikely any time soon, there is nothing obvious looming on the horizon to ease market worries about stagflation and a potential slide into recession. But this does not necessarily mean equities need to continue to fall.

Investor sentiment is as depressed in the US as it was at the height of the pandemic with a good deal of bad news now in the price. Global equities are off around 15% from their high at the start of the year with brutal falls in many previously highly rated growth stocks.

Valuations have fallen back to more reasonable levels. The forward-looking price earnings ratio for global equities is down to 15x, a bit below its long-term average and down from a high in 2020/21 of around 20x. The outlook may be far from bright but may now be no worse than the market is pricing in. Equities, particularly the cheaper and higher quality areas, continue to look best placed to deal with this new stagflationary environment.