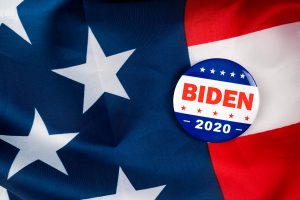 Global equities bounced close to 7% last week, more than reversing their 5% decline the previous week. They opened up another 1.5% this morning and were testing their all-time highs even before the positive vaccine news gave them another 3-4% boost.

So why the euphoria on the back of the US election results? After all, Biden’s victory was not exactly a big surprise – he was the firm favourite going into the election.

First and most important: markets like certainty. The worst case scenario of a close result with weeks of uncertainty seems to have been avoided. Trump may well continue to dispute the result but his legal challenges look very unlikely to succeed with Biden’s margin of victory large enough not to be overturned in any re-counts.

The one thing a Biden Presidency can surely be guaranteed to bring is more stability, particularly in foreign policy. This is all the more the case now as the prospect is for a divided government which will severely limit his ability to implement the more radical elements of his policy program.

Indeed, the real surprise was not Biden’s victory but that the clean sweep by the Democrats, which markets had increasingly been pricing in, failed to materialise. The Democrat majority in the House of Representatives was reduced and the Republicans look likely to retain control of the Senate. The latter will only be confirmed on 5 January when there is a re-run of the election of Georgia’s two senators.

Biden’s policies always contained a mixture of the good and the bad as far as markets were concerned. The good included his plans for a major fiscal stimulus while the bad included higher taxes on corporations and more regulation. Action in both areas should now be limited. On the fiscal front, a stimulus package will probably still be agreed in the next couple of months but will be half the size it would have been with a clean sweep.

At the end of the day as ever, market prospects from here will be driven by the economic outlook. While the US recovery has been stronger than expected, the rapid rise in infections now being seen mean it still faces significant challenges. The Biden Government’s Covid policy can only be an improvement but Biden is not inaugurated until 20 January and a big fiscal boost is no longer on the cards.

Today’s news that Pfizer and BioNTEch’s vaccine is effective in preventing 90% of people from contracting Covid-19 is clearly a major step forward but it is not a silver bullet. A mass roll-out of vaccines was always going to take time and logistical issues can only be increased by the need to store the vaccine at ultra-cold temperatures. It is also far from clear what proportion of the population will be willing to be vaccinated and how long immunity will last.

Back here in the UK, the authorities took action last week to limit the hit to the economy from the new lockdown. Amongst other measures, the furlough scheme was extended to March at an estimated cost of around £6bn per month and the Bank of England boosted its quantitative easing program by £150bn to £895bn. This will allow it to remain a major buyer of gilts through next year.

Even so, the Bank has revised down its growth forecasts and is now forecasting the UK economy to contract again in the fourth quarter. The Eurozone economy also faces a double-dip recession with lockdowns in place in a number of countries. The near-term economic outlook therefore remains challenging in the UK, Europe and the US. As yet, it only seems to be China which has a secure recovery under its belt.

Today’s vaccine news does make it all the more likely that economies outside China resume their recovery in the new year as vaccines start to be rolled out. This in turn should set the scene for further gains in equities. Near term, however, with equities currently now up as much as 12% in little more than a week and valuations at twenty year highs, the good news seems very much priced in.