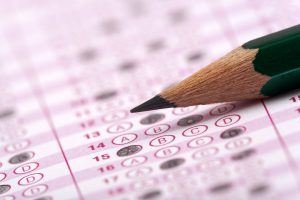 Global equities had another good week, gaining another 1% or so. In local currency terms, even if not yet in sterling terms, equity prices are now back to where they were at the start of the year. US equities have fared even better and are now up close to 6% year-to-date and are re-testing their February highs.

Markets have taken heart from the corporate earnings season, which is now drawing to a close in the US and Europe and has not been as bad as feared. Just as important maybe, equities continue to draw support from the fact that there is no real alternative for anyone looking for a half decent return given the measly yields now on offer from fixed income.

Unlike global equities, the UK did not have a good week. Just as many A-level students found their results worse than expected, last week’s results for the economy were also very much at the bottom of the class.

UK GDP contracted a massive 20% q/q in Q2. This was the largest decline seen by any major economy, with only Spain coming close with a 19% decline. The US and Germany fared relatively well with falls of the order of 10% while today’s numbers showed Japan holding up better still with a decline of a little under 8%.

However, as with the A-level results, this league table is not entirely fair to the worst performers. The UK’s dire Q2 performance in part reflected its consumer services-heavy economy but was also partly just down to timing and the relatively late date of the UK lockdown.

To the extent there was any good news, it was that the drop in output was no larger than expected. Moreover, unlike the Government which is still digging, the economy has begun to climb out of its hole. GDP rebounded in June and is already 11% above its April low point. Even so, activity remains down as much as 17% on pre-Covid levels and the speed of the rebound is likely to slow significantly later this year. Government support measures are being wound down and the initial burst of pent-up demand will come to an end.

The Chinese experience certainly suggests continued consumer caution may hamper a rapid return to pre-Covid levels of activity. China has led the global rebound and been in recovery mode for a few months now. But even here, consumers remain quite cautious with retail sales remaining lower than a year ago.

The UK Government can at least take some solace from the fact that the US response to the virus has been just as open to criticism. While infection rates are now showing signs of peaking in the US, Congress is still arguing over the content of the support package badly needed to replace the stimulus measures which came to an end in July.

The major news last week in the US, however, was political. Joe Biden announced Kamala Harris as his running mate. Biden was already ahead in the polls and this appointment can only boost his chances. Her gender, ethnicity and relative youth should widen Biden’s appeal which is rather limited by his old, white, male and gaffe-prone nature.

Biden’s poll ratings rose substantially over the last few months while he was hunkered down in his Covid-bunker. Boris Johnson must be praying for the same as he remains squirrelled away in Scotland, his hopes dashed no doubt that it would only be the midges, rather than an exams fiasco, which would be spoiling his holiday.