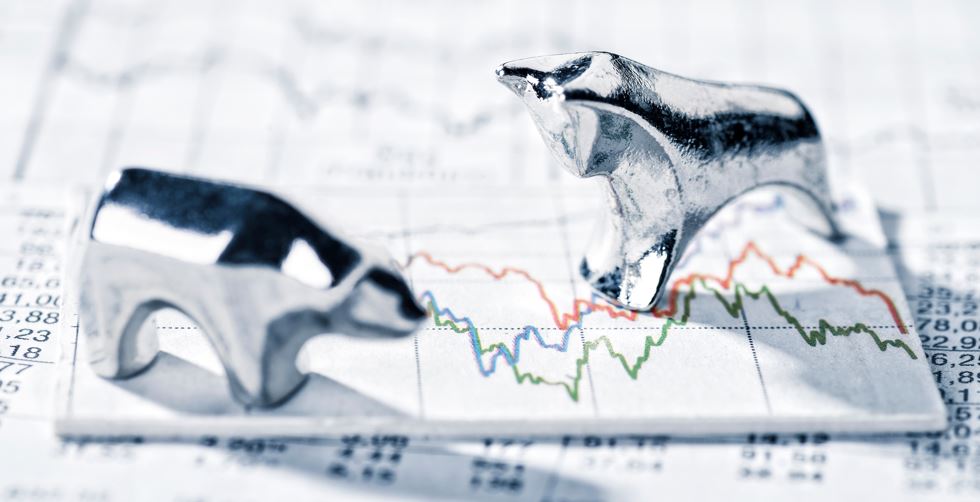 Equity markets last week unwound some of their recent bounce. Global equities fell 1.7% in local currency terms and are currently some 2.5% above their mid-June low.

UK investors continue to be cushioned to some extent by the weakness of the pound. Last week, sterling fell to $1.20 on the back of a widening of the UK current account deficit in the first quarter to a worryingly high 8.3% of GDP.

The market’s failure to sustain its recent gains is no real surprise as fears of recession are rapidly overtaking inflation worries as its main concern. Indeed, government bond yields have now reversed much of their surge in the first half of June.

10-year US Treasury yields have fallen back to 2.9% from a high of 3.5% as expectations for Fed tightening have been scaled back. The market now believes a sharp slowdown in growth, or even a recession, will mean the Fed does not end up raising rates as much as it is now forecasting and will be cutting rates by mid next year.

Recent data have certainly pointed to a marked weakening in the US economy. Manufacturing business confidence fell in June by more than expected with new orders moving into recessionary territory. Consumer spending also disappointed as the cost-of-living squeeze and sharp fall in consumer confidence took its toll.

In contrast to the US, UK and Europe, where growth is slowing sharply, China is seeing a rebound in activity now policy stimulus is kicking in and the economy is reopening again. The combination of improving growth and policy easing, rather than tightening as in the West, is behind the much better performance of Chinese equities of late.

On the inflation front, last week saw the Fed’s favoured measure of core inflation come in slightly lower than expected, easing to 4.7% in May from 4.9%. However, inflation in the Eurozone surprised once again on the upside, rising to 8.6% in June from 8.1%.

While the markets increasingly now have their eye on the slowdown in growth, central bankers are firmly focused on getting inflation back under control. At their next meetings in July/August, the Fed, ECB and BOE all look certain to raise rates further. The only question is by quite how much.

We continue to expect markets to remain volatile over coming months. Not only will incoming growth and inflation numbers be closely watched but so too will the forthcoming earnings season which kicks off in the US in mid-July. Earnings have held up well so far but, as we highlighted last week, pose one of the main downside risks to markets going forward.