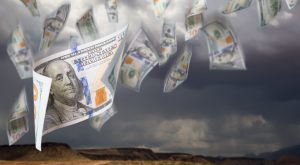 Equity markets continued their upward trend last week, with global equities gaining 1.2% in local currency terms. Beneath the surface, however, the recovery has been a choppy affair of late. China and the technology sector, the big outperformers year-to-date, retreated last week whereas the UK and Europe, the laggards so far this year, led the gains.

As for US equities, they have re-tested, but so far failed to break above, their post-Covid high in early June and their end-2019 level. The recent choppiness of markets is not that surprising given they are being buffeted by a whole series of conflicting forces.

Developments regarding Covid-19 as ever remain absolutely critical and it is a mixture of bad and good news at the moment. There have been reports of encouraging early trial results for a new treatment and potential vaccine but infection rates continue to climb in the US. Reopening has now been halted or reversed in states accounting for 80% of the population.

We are a long way away from a complete lockdown being re-imposed and these moves are not expected to throw the economy back into reverse. But they do emphasise that the economic recovery, not only in the US but also elsewhere, is likely to prove a ‘stuttering’ affair.

Indeed, the May GDP numbers in the UK undid some of the optimism which had been building recently. Rather than bouncing 5% m/m in May as had been expected, GDP rose a more meagre 1.8% and remains a massive 24.5% below its pre-Covid level in February.

Even in China, where the recovery is now well underway, there is room for some caution. GDP rose a larger than expected 11.5% q/q in the second quarter and regained all of its decline the previous quarter. However, the bounce back is being led by manufacturing and public sector investment, and the recovery in retail sales is proving much more hesitant.

China is not just a focus of attention at the moment because its economy is leading the global upturn but because of the increasing tensions with Hong Kong, the US and UK. UK telecoms companies have now been banned from using Huawei’s 5G equipment in the future and the US is talking of imposing restrictions on Tik Tok, the Chinese social media platform. While this escalation is not as yet a major problem, it is a potential source of market volatility and another, albeit as yet relatively small, unwelcome drag on the global economy.

Government support will be critical over coming months and longer if the global recovery is to be sustained. This week will be crucial in this respect for Europe and the US. The EU, at the time of writing, is still engaged in a marathon four-day summit, trying to reach agreement on an economic recovery fund. As is almost always the case, a messy compromise will probably end up being hammered out.

An agreement will be positive but the difficulty in reaching it does highlight the underlying tensions in the EU which have far from gone away with the departure of the UK. Meanwhile in the US, the Democrats and Republicans will this week be engaged in their own battle over extending the government support schemes which would otherwise come to an end this month.

Most of these tensions and uncertainties are not going away any time soon. Markets face a choppy period over the over the summer and autumn with equities remaining at risk of a correction.