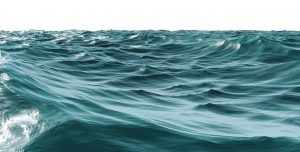 Equity markets had another choppy week, falling for most of it before recovering some of their losses on Friday and posting further gains this morning.

At their low point last week, global equities were down some 7% from their high in early September. US equities were down close to 10%, hurt by the large weighting to the tech giants which at least initially led the market decline.

The market correction is nothing out of the ordinary with 5-10% declines surprisingly common. Indeed, a set-back was arguably overdue given the size and speed of the market rebound from the low in March.  As to the cause for the latest weakness, it is all too obvious – namely the second wave of infections being seen across the UK and much of Europe and the local lockdowns being imposed as a result.

These will inevitably take their toll on the economic recovery which was always set to slow significantly following an initial strong bounce. Indeed, business confidence fell back in September both here and in Europe with the declines led by the consumer-facing service sector. A further drop looks inevitable in October – fuelled no doubt in the UK by the prospect that the latest restrictions could be in place for as long as six months.

The job support package announced by Rishi Sunak did little to boost confidence. Its aim is to limit the surge in unemployment triggered by the end of the furlough scheme in October. However, the scheme is much less generous than the one it replaces as the government doesn’t want to continue subsidising jobs which are no longer viable longer term.  A rise in the unemployment rate to 8% or so later this year still looks quite likely.

Aside from Covid, for the UK at least, there is of course another major source of uncertainty – namely Brexit. Another round of trade talks starts this week and we are rapidly reaching crunch time with a deal needing to be largely finalised by the end of October.

Whether we end up with one or not is still far from clear. That said, the prospects for a deal maybe look rather better than they did a couple of weeks ago when the Government was busy tearing up parts of the Withdrawal Agreement. With significant Covid restrictions quite probably still in place in the new year and the Government already under attack for incompetence, it may not wish to take the flack for inflicting yet more chaos onto the economy.

Markets remain unimpressed. UK equities underperformed their global counterparts by a further 2.7% last week, bringing the cumulative underperformance to an impressive 24% so far this year. The UK weighting in the global equity index has now shrunk to all of 4.0%.

It is not only the UK which faces a few weeks of uncertainty. The US elections are on 3 November. We also have the first of three Presidential debates this Tuesday. Joe Biden’s lead looks far from unassailable, a close result could be contentious and control of Congress is also up for grabs.

All said and done, equity markets look set for a choppy few weeks. Further out, however, we remain more positive – not least because the focus should hopefully switch from the roll-out of new lockdowns to the roll-out of a vaccine.