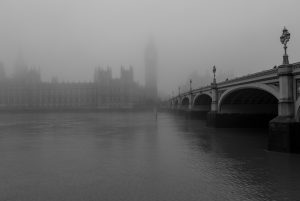 Last week was a relatively quiet one for markets, with global equities ending 0.4% lower in local currency terms. Coming weeks, however, look set to be a rather more lively affair with several key areas of uncertainty being resolved one way or the other, or not.

The first major uncertainty and area of concern relates to the second wave of infections and social distancing restrictions now being introduced in the UK and much of Europe. This poses a threat to the economic recovery which was already showing signs of slowing. Indeed, business confidence retreated in October with the services sector driving the decline.

Here in the UK, the Chancellor has been forced into a major expansion of the job support scheme which takes over from the furlough scheme in November. There was also more help announced for the self-employed and businesses affected by Tier 2 restrictions. In total, these measures could cost a sizeable £15bn or so and the budget deficit this year now looks likely to end up a whopping £350bn or 17% of GDP – or possibly even more.

With infections still continuing to climb, the effectiveness of the new restrictions far from clear and the timing of any vaccine roll-out still up in the air, the virus clearly remains a wild-card for markets.

So too do the US elections on 3 November. Biden continues to have a significant 9% lead in the polls and the betting markets currently give him a two in three chance of victory. Still, it remains far from a done deal with the battle in some of the key swing states tight. Moreover, control of the Senate, which will be critical in determining to what extent Biden can implement his agenda, is even more of a close call.

The market’s preferred outcome seems to be for a clean sweep by the Democrats which will allow the implementation of a sizeable fiscal stimulus. If by contrast, there were split control of the Presidency and Congress, this would effectively lead to a continuation of the status quo with divided government a major constraint on new policies. Worst of all, however, would be a close and contested result with possibly weeks of rancour and confusion in prospect.

Then there is Brexit, where the prognosis is as unclear as ever. Talks were called off the weekend before last but are now back on. The only thing certain is that crunch time is approaching rapidly.

One final source of uncertainty relates to valuations which have been the main factor driving this year’s violent swing in equity markets. The 2-year forward-looking price-earnings ratio for global equities was 17x back in February, collapsed to 10x at the market low in March, only to rebound to 19x now – the highest level in twenty years.

This would set alarm bells ringing if interest rates were not at unprecedentedly low levels and equities did not still look reasonably valued against bonds. While we believe current valuations should be sustainable with no hike in rates likely any time soon, they leave little room for error.

All this leaves the markets facing an uncertain time over the next couple of months. In the new year, however, equities should have scope for further gains if, as seems likely, vaccines start to be rolled out, bringing the prospect of a slow return to quasi-normality.