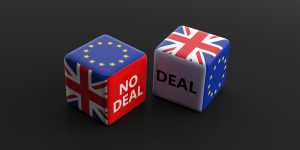 Global equities overall ended last week little changed but this concealed significant differences in performance between regions. Chinese stocks rose 2.6% in sterling terms while the US gained 0.7% and the UK declined 1.5%. This continues a trend very much in evidence already this year – China is up 25% year-to-date while the US up 12% and the UK is down 19%.

This dramatic divergence is not hard to explain. The Chinese economy has suffered much less from the pandemic than most others. This was confirmed this morning with the latest crop of economic releases which showed Chinese activity almost back to normal. GDP was up 4.9% in Q3 on a year earlier – by contrast, UK GDP in August was still down 9.2% on the previous year.

As for the US economy, it hasn’t fared half as well as China but hasn’t been hit half as badly as the UK. Despite the failure to agree a new fiscal stimulus, recent data show the US recovery continues with retail sales posting a sizeable, and larger than expected, rise in September.

The Q3 results of the big US banks last week backed this up. Their earnings beat expectations, partly because of a surge in trading revenues but also because of reduced loan loss charges as the economy hasn’t performed as badly as feared.

The US elections remain a major focus. The markets seem to have taken a liking to the idea of a Biden victory and possible clean sweep by the Democrats because it would lead to a sizeable fiscal boost. However, this result is still not a done deal with the betting odds of a Biden victory narrowing back down to 60% from 65% a week ago. The final Presidential ‘debate’ on Thursday may be Trump’s last chance to narrow the polls which still favour Biden.

Back closer to home, the economic picture for Europe looks rather grimmer. The spike in infections is leading to a wave of new social distancing/localised lockdown measures and there is now talk that this could even trigger a double-dip recession.

Here in the UK, we not only have to contend with new lockdown measures but also Brexit. Last week had been billed as critical with the EU Summit and Boris’s 15 October deadline for the guts of a deal to be agreed. However, somewhat unsurprisingly, a week later and we are not much the wiser.

Boris has now officially broken off trade talks…unless the EU comes back with concessions. This still clearly leaves the door open for a compromise to be reached despite the bluster to the contrary. That certainly appears to be the way the currency markets are reading it.

The pound in the past has been very sensitive to the changing odds of a Deal or No-Deal but last week it hardly moved. If we do end up with No-Deal, sterling will very likely fall although maybe by not that much as the difference between the two options now on the table – No-Deal or a very minimalist Deal – is not really that large. As regards the continuing underperformance of UK equities, this probably reflects the view that Brexit, whatever form it ends up taking, is the last thing the economic recovery needs right now.

If there is No-Deal, the impact may be more visible in intra-market moves rather than on the market overall. A fall in the pound would provide some protection to the FTSE 100 as around 75% of its revenues come from abroad. These earnings will not be that exposed to the UK economy and be worth rather more in sterling terms. Mid and small cap stocks, by contrast, will be rather more vulnerable. They have a little less than 50% of their earnings coming from overseas and could give back some of their recent outperformance.

All this leaves us continuing to believe that markets are in for a choppy few weeks. They are likely to be buffeted by fast changing news flow on lockdowns, vaccines, the US elections and Brexit.