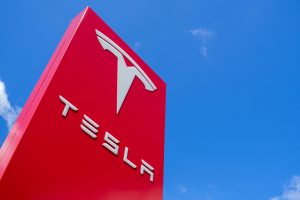 Last week was very much a week of two halves for equity markets. Global equities saw gains early on and by mid-week were brushing their all-time high in February. But markets fell back around 3% at the back end of the week, with global stocks ending the week down 0.5-1%.

The driving force behind these gyrations were the tech giants which have soared this year. The FAANGs (Facebook, Apple, Amazon, Netflix & Google) were up over 80% year-to-date at their high point before they fell back some 7% at the end of last week.

Everyone still refers to this group of stocks as the FAANGs but the fact is that this acronym is looking decidedly dated. There are two additional companies which should really also now be included in this exclusive club.

Microsoft has reinvented itself in recent years, and is once again at the leading edge of the tech sector. And who could forget Tesla whose price has risen five-fold this year. A better acronym might be FANMAG+T although Tesla is still a comparative minnow relative to the others (other than Netflix) and it’s debatable whether it should be counted as a tech company at all.

The latest setback for the tech darlings is really no big surprise given the size of the gains seen so far this year. These seem to have been inflated recently by big positions taken out by the Japanese investment house Softbank and also the stock-splits announced by Tesla and Apple – even though in theory the latter shouldn’t make any difference.

We don’t believe last week’s sell-off is a harbinger of a repeat of the bursting of the tech bubble twenty years ago. With the odd exception such as Tesla, tech valuations are nowhere near the levels reached back then. The business models of the tech giants are also much more robust now, as is their cash generating capacity. With Covid-19 only reinforcing the secular trends already in its favour, the tech sector remains well placed going forward even though it is now facing a regulatory crackdown.

Unlike with tech, another pronounced trend seen this year continued unabated last week, namely the underperformance of UK equities. UK stocks fell 2.6% and are now down a little over 20% year-to-date whereas global stocks are up 3%.

A warning from Boris Johnson and Rishi Sunak that tough times lie ahead and taxes will need to rise cannot have helped UK equities. In part, their comments only stated a blindingly obvious if unpalatable truth. The surprise was more Sunak’s intention to start raising taxes as soon as the Autumn Budget.

Such a move could only endanger the fledgling recovery and differs markedly from the policy being adopted elsewhere. France, for example, only last week announced a new €100bn economic recovery plan worth some 4% of GDP. Anyway, Sunak’s plans provoked howls of anguish from his party, with tax rises later this year now look likely to be modest in scope.

Tax increases, however, are not the only bogeyman on the horizon, with a No-Deal Brexit looking increasingly likely. Johnson has said a Brexit deal needs to be agreed by 15 October and, with both sides seemingly far apart and digging their heels in, this will be a tall order. While Johnson is still proclaiming that even a No-Deal would be a good outcome, the market is almost certainly rather more sceptical.