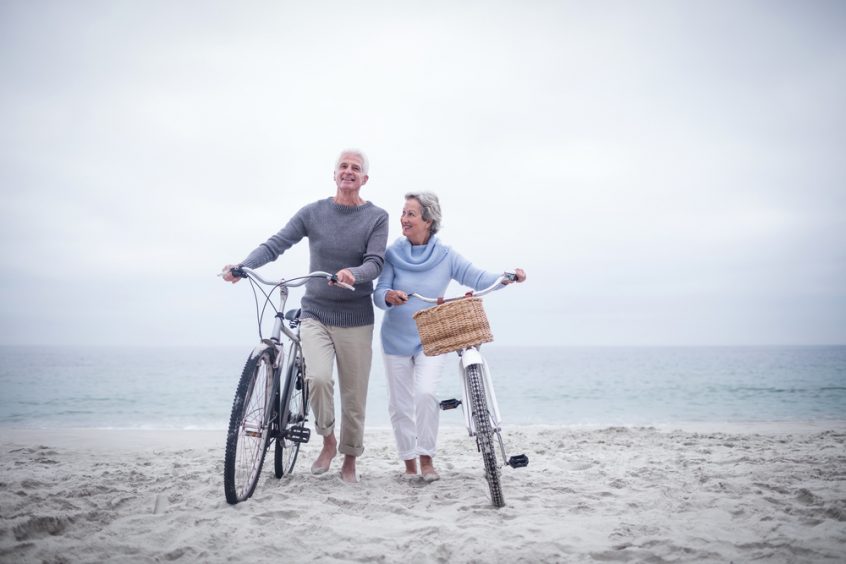 Young people are faced with a unique set of challenges when it comes to saving for retirement. One of these is perception. They can often think of their ‘future self’ as a different person and so may prefer holding on to their income for more immediate priorities, like a first home deposit, rather than saving for someone they perceive as a stranger.

A new study has revealed how nearly two million younger people could have an extra £7,000 a year in retirement income, simply through a series of small behavioural nudges[1].

Getting young people to picture their ‘future self’ and introducing simpler pension labels to link contribution levels and retirement income were just two small changes that were shown to boost future retirement savings by up to £142,450 amongst those under the age of 30.

The study looked to understand what motivated younger people to save more, particularly at a time when their immediate economic outlook may look bleak. The process included psychological testing by the Behavioural Insights Team (BIT) with around 3,000 22‐29‐year‐olds across the UK to learn more about their attitudes, confidence and expectations around their future finances.

The experiment tested different approaches in an attempt to identify what small ‘nudges’ could make the biggest difference to those who had pointed to a lack of awareness of pensions and information on how to change their contributions.

1. Labelling makes a difference: By including tangible explanations, such as ‘a 12% contribution would keep you above the poverty line’ and ‘a 15% contribution would allow for a comfortable retirement’, twice as many young people would recommend almost doubling pension contributions from the default minimum of 8% to 15%.

2. Reframing investments over savings: When participants were asked how much to ‘invest’ in their pension as opposed to how much they should ‘save’ – the amount they recommend someone puts aside shot up by a third (34%).

3. Prompts drive engagement: Once young people start actively thinking about their future, they’ll care more about their retirement prospects. After answering a set of questions about where they see themselves in the future, the number of participants who want to raise their pension contributions increased by 11%, equivalent to 800,000 young people saving more.

Persistent problems of pessimism and disengagement

Most people wanted to retire by 64 at the latest (63%) but expected it to be much later. In fact, over one in five (21.9%) expect either to retire after 70 or never actually stop working. The main barriers to saving were having no spare money after paying their bills, the need to save for a major expense such as a house deposit or paying off debts.

However, beyond these ‘financial constraints’ the two most common answers were simply they hadn’t thought about retirement or savings (21%), and didn’t know how to increase their contributions (15%).

Before COVID‐19, nearly half (49%) of 22‐29‐year‐olds were not saving adequately for retirement, meaning they face working for far longer than they expect to, or retiring with only enough money to cover the basics.

This situation has only intensified with mass unemployment looming and more than a quarter (26%) of 18‐24‐years‐olds having already lost their job. Sectors and jobs that young people disproportionately work in, such as hospitality and retail, part‐time and zero hours, have been the most affected.

Get your retirement plans in motion

There’s a whole lot to think about when you’re planning for retirement. Is it worth paying into private or workplace pensions? Are you saving enough? Which investments should you choose? All these unanswered questions can make planning feel a little overwhelming. Most importantly, before taking any major decisions relating to your retirement plans, take the time to get professional financial advice. Please contact us for further information.

BIT conducted a short experiment with 2,822 22‐29‐year-olds, focused on increasing engagement with pensions. Each participant saw one of four vignettes about ‘Alex’, a 25‐year‐old with average income and default contributions, and their responses to how Alex should change her savings were recorded.

Adequate Savings Index based on research carried out online by YouGov across a total of 5,757 adults aged 18+.

Data is weighted to be representative of the GB population. Fieldwork was carried out 26 March – 11 April 2020.

INFORMATION IS BASED ON OUR CURRENT UNDERSTANDING OF TAXATION LEGISLATION AND REGULATIONS. ANY LEVELS AND BASES OF, AND RELIEFS FROM, TAXATION ARE SUBJECT TO CHANGE.

THE VALUE OF INVESTMENTS AND INCOME FROM THEM MAY GO DOWN. YOU MAY NOT GET BACK THE ORIGINAL AMOUNT INVESTED.