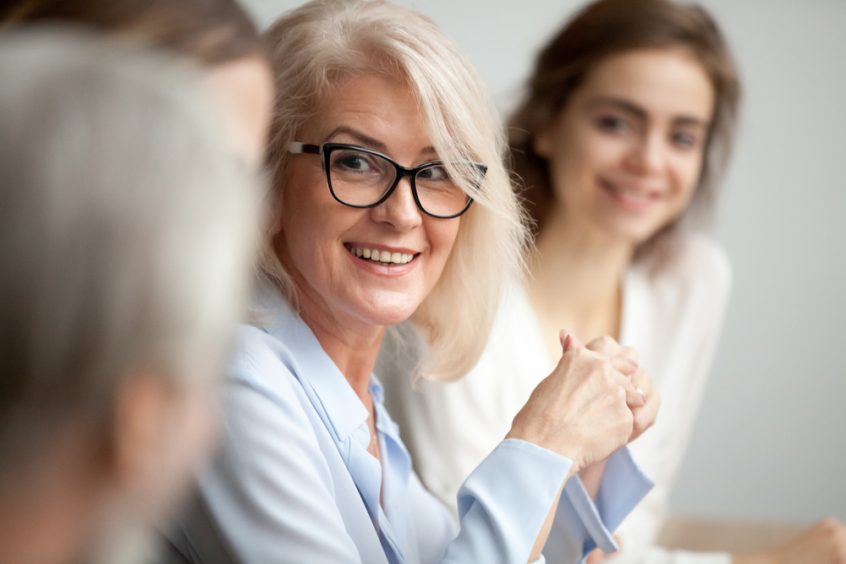 British women impacted at every stage of career

The staggering impact of the gender pension gap has been revealed in research which shows that women have lower pension pot sizes in every age bracket, with the situation significantly deteriorating as they approach retirement[1].

The research highlights that there is always a difference in pension pot sizes between genders[2], even at the start of men’s and women’s careers. This initial gap (17%) remains largely unchanged until men and women reach their thirties, but doubles to 34% by the time they are in their forties. The gap increases to 51% in the fifties age bracket, and then to 56% at retirement.
The analysis also reveals that the difference in size of pot has a significant influence on the choices being made at retirement. 92% of women choose to take their pension in cash compared to 86% of men, while only 7% of women consider a drawdown compared to 12% of men.

The issue is compounded by the fact that even in sectors where women are more heavily represented in the workforce, the pension gap remains just as stark. For example, in the Senior Care sector, the research shows that 85% of pension scheme members are women, yet the average woman’s pot size is 47% smaller than the average man’s (£8,040 current male average pot size).
Defined Contribution (DC) pensions have grown substantially in recent years, with the introduction of auto-enrolment. DC pensions are a retirement plan in which the employer, employee or both make contributions on a regular basis. Individual accounts are set up for participants and benefits are based on the amounts credited to these accounts plus any investment earnings on the money in the account.

However, much like the gender pay gap in wages, the gender pension gap is fast becoming an issue. This analysis reveals the extent of the gender pension gap in the UK – a gap that exists right from the very beginning of a woman’s career and accelerates as she approaches retirement.
The decision to take a career break to raise a family has a clear impact, though there are a number of other factors at play here, including lower pay relative to male peers at all stages of a woman’s career, a lack of pension contributions when she is away from the workplace, and the potential impact that raising a family has on a woman’s career progression.

The research shows women are also more likely to face financial struggles following a divorce from their partner and are significantly more likely to waive their rights to a partner’s pension as part of their divorce. This is particularly true for older women, with one in four divorces occurring after the age of 50.
Changing social and workplace attitudes should help begin to level the playing field in terms of responsibilities, helped by the increasing acceptance of more flexible working patterns. The gender pay and pension gap is a complex issue that will take time to solve.

Whether you’re saving for retirement or planning your life now that you’ve retired, receiving professional financial advice can be hugely important in order to maximise your savings and avoid costly mistakes. To discuss how we could help you, please contact us for further information.
Source data:
[1] Research and data analysis from approximately 4 million Legal & General (L&G) pension scheme members 28 Jul 2021.
[2] The analysis is based on LGIM’s proprietary data on c.4 million Defined Contribution members as at 6 April 2021, but does not take into account any other pension provision the customers may have elsewhere.
A PENSION IS A LONG-TERM INVESTMENT NOT NORMALLY ACCESSIBLE UNTIL AGE 55 (57 FROM APRIL 2028 UNLESS THE PLAN HAS A PROTECTED PENSION AGE). THE VALUE OF YOUR INVESTMENTS (AND ANY INCOME FROM THEM) CAN GO DOWN AS WELL AS UP WHICH WOULD HAVE AN IMPACT ON THE LEVEL OF PENSION BENEFITS AVAILABLE. YOUR PENSION INCOME COULD ALSO BE AFFECTED BY THE INTEREST RATES AT THE TIME YOU TAKE YOUR BENEFITS.
THE TAX IMPLICATIONS OF PENSION WITHDRAWALS WILL BE BASED ON YOUR INDIVIDUAL CIRCUMSTANCES, TAX LEGISLATION AND REGULATION WHICH ARE SUBJECT TO CHANGE IN THE FUTURE. YOU SHOULD SEEK ADVICE TO UNDERSTAND YOUR OPTIONS AT RETIREMENT.