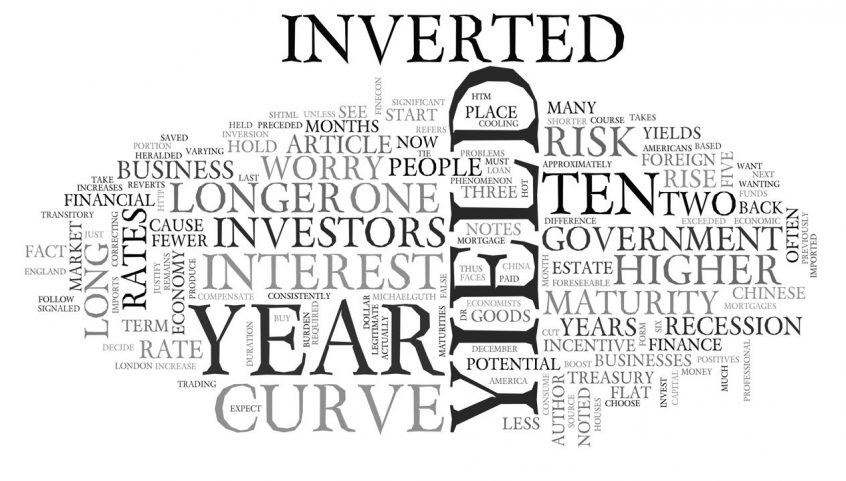 Equity markets have continued to edge higher, with global equities up 0.5% in local currency terms last week. They are now up a sizeable 9% from their low in early March and close to 5% since Russia invaded Ukraine. But they remain 5% below their early January high.

Meanwhile, bonds unwound last week part of their recent sharp rise in yields. 10-year US Treasury yields have fallen back to 2.4% from a high of 2.5%. Of more note was the inversion of the US yield curve, with the 10-year yield falling slightly below the 2-year yield. The norm is for longer-dated bonds to pay more than shorter dated ones to compensate for tying up one’s money for a longer period of time.

An inversion of the yield curve has in the past been one of the best predictors of a looming recession. So why the nonchalance of equities? Markets, and indeed ourselves, are taking comfort from the fact that the average lag in the past between curve inversion and recession in the US has been 18 months. Importantly, US equities have typically gained another 15% or so after curve inversion, before peaking a few months ahead of the recession.

There is also reason to question whether the yield curve is as reliable a forecasting tool as in the past. It has been distorted by the massive quantitative easing, and longer-dated yields are likely to come under renewed upward pressure from the Fed starting to run down its balance sheet in the next couple of months.

Finally, talk of a looming recession is at odds with Friday’s numbers which showed the US labour market in rude health. Employment posted another sizeable gain in March while the unemployment rate fell to a lowly 3.6%.

Elsewhere, the growth outlook in China has taken a bit of a knock as the lockdown of Shanghai highlighted the increasing cost of the zero-Covid policy. This year’s 5.5% official growth target is looking ever more unrealistic with further lockdowns likely to be imposed across the country over coming months.

On the inflation front, the latest data showed the upward climb continues. Eurozone inflation jumped much more than expected in March to a new record high of 7.5%. And in the US, the Fed’s favoured measure of core inflation rose to 5.4% in February, the highest level since the early 1980s.

Energy prices are the wildcard which will determine quite how high inflation spikes and last week saw some relief on this front. The Brent oil price fell back from $120 to $103/bbl on the back of news that the US would be releasing about 1 million barrels of oil a day over the next six months from its strategic stockpile.

This relief, however, will very likely prove short lived. The US oil release will only partially make up a fall in Russian oil output of at least 3 million barrels a day as a result of sanctions and the dispute over Russian demands for payment in roubles. Moreover, OPEC refused last week to bow to US pleas to increase its production any further.

All this leaves the economic outlook still quite uncertain. While we believe equities should have some further upside over the coming year, the rally of the last few weeks is very unlikely to mark an end to market volatility.