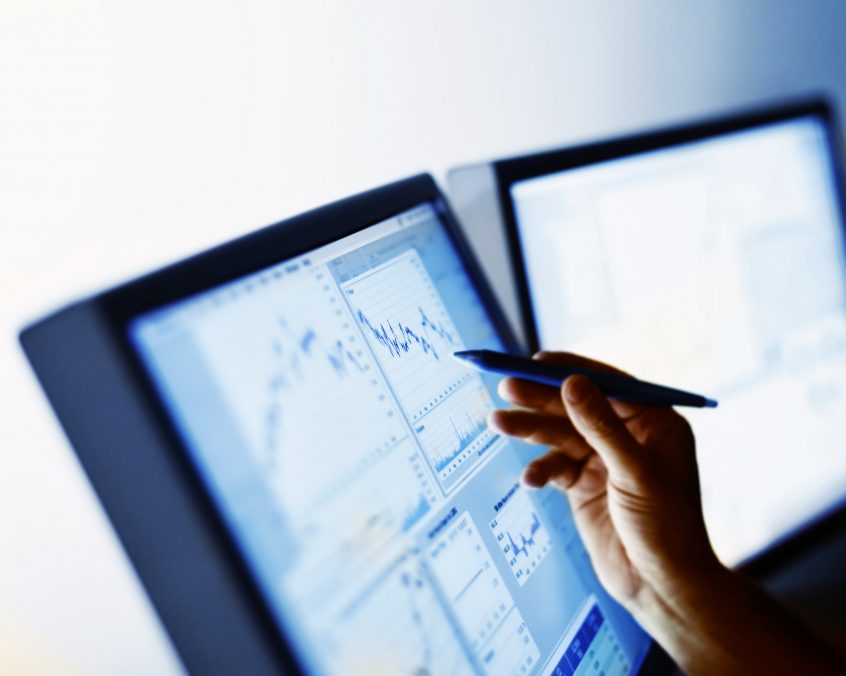 This year has been a roller-coaster for equity markets. They saw one of the sharpest declines ever, only then to stage one of the fastest ever recoveries. Global equities are now up close to 45% from their lows.
The sharp rebound has been down to the massive fiscal and monetary stimulus put in place by the authorities. Their actions injected liquidity directly into the markets and fuelled hopes of a swift economic recovery.
Market prospects now depend on the shape and speed of the economic upturn underway. The recovery so far has been V-shaped, just like the downturn. The Covid-related hit to global economic activity, which was estimated to be as much as 16% or so back in early April, has already halved to around 8%.

The initial phase of the upturn was always going to be the fastest part and the going is likely to get considerably tougher from here. Pent-up demand has helped fuel the initial rebound, but this is a one-off. Crucially, government support schemes for individuals will be reduced or eliminated altogether over coming months.
The unemployment rate has already hit double digits in the US and could approach 10% later this year in the UK. This will severely hamper the recovery in consumer spending, while business investment will be held back by lower profits and the need to service an increased debt load.

Most critical will be Covid-related developments and the outlook here remains quite uncertain. The renewed upturn in infections, particularly in the US but also now in the UK and several European and Asian countries, is leading to the re-imposition of social distancing measures.
Most likely, the more localised responses now possible through contact tracing will avoid the need for new nationwide lockdowns. But the latter clearly cannot be ruled out and would almost certainly cause a renewed downturn in economic activity.

Against that, recent vaccine and treatment news has been encouraging. Several promising vaccines are now being trialled and the roll-out of one or more of these is possible even later this year. This would be a game changer as it would reduce the need for continued social distancing, which is the biggest barrier to returning to pre-Covid levels of activity.

Still, a vaccine is unlikely to be a silver bullet. The implementation of a mass inoculation program will take time, and it is far from clear how long any immunity will last.
All this leaves us believing that the recovery over the coming year is likely to be a ‘stuttering’ affair. Activity in the developed world is not expected to regain pre-Covid levels before end-2021.

As for inflation, the impact of Covid has so far been dis-inflationary. Headline inflation has fallen back substantially on the back of the collapse in oil prices earlier in the year and underlying inflation pressures have also eased.

Inflation should trend slowly higher from here. The oil price effect will drop out and social distancing will increase companies’ running costs. Longer term, the surge in money supply resulting from the massive quantitative easing programs also poses an upside risk to prices. On the other hand, high unemployment should put wage growth under downward pressure.
So, while inflation should pick up again, it looks unlikely to breach the 2% target of the major central banks any time soon. Even if it did, the authorities can be expected to tolerate some overshoot to compensate for the undershoot of recent years. Indeed, the Fed, BoE and ECB have all made it clear they intend to keep rates at their current super-low levels for the foreseeable future.

The 45% rebound in equities has been one of the sharpest ever. The only other occasion to see markets bounce as quickly was in 2009. But equities had fallen as much as 60% in the global financial crisis rather than 34% this time, so that rebound was less remarkable. Even after a 45% gain, markets in 2009 were still down over 25% from their 2007 high. Now, by contrast, they are only 5% below their February peak.

Valuations also suggest the rebound is somewhat overdone. Even using the optimistic consensus earnings numbers, which assume all this year’s sharp drop is reversed next year, the price-earnings (P/E) ratio for global equities is now 18.0. This is as much as 20% above the long-term average of 14.9 and the highest level in nearly twenty years.

Price-earnings ratio for global equities at highest since 2003

To an extent, higher than normal valuations are warranted by the sharp fall in interest rates seen this year. The lower the interest rate, the greater the present value of a company’s future earnings stream and the higher the P/E ratio that is justified.

Low rates are also supportive for equities in a more straightforward way as prospective returns look attractive compared to the minimal returns available from bonds. UK bank rate and the 10-year UK gilt yield are both a mere 0.1%, while UK corporate bonds yield only 1.9%.

By contrast, UK equities should still have a dividend yield of 3-3.5%, even after this year’s sizeable dividend cuts. For investors looking for a competitive return – whether they have a focus on income or capital gain – there is little alternative to equities, and valuations are being bid up as a result.

All the same, valuations do very much seem to be pricing in a smooth return to economic normality. This leaves markets vulnerable to a correction were the recovery to be called into question.
Covid remains the major threat but the recent escalation in political and trade tensions between China and the US and a number of other countries including the UK also poses a risk. The battleground is no longer limited to trade flows but has broadened out to other areas, as seen with the recent restrictions imposed on Huawei and TikTok.

The US elections in November also carry some risk for equity markets. It is still early days, but Joe Biden is currently very much the favourite to win the Presidency. If the Democrats also gained control of Congress, the prospect of increased regulation and the reversal of some of Trump’s tax cuts would likely unnerve financial markets.

The outlook may be mixed, particularly short term, but prospective medium-term returns from equities still look significantly higher than for fixed income.

The prospect of no rise in policy rates for the next couple of years will anchor government bond yields at the short end. However, inflation should be rising slowly and more debt will need to be absorbed by the private sector as quantitative easing is scaled back. So, longer dated yields look set to come under some limited upward pressure.

As for corporate bonds, they have more than recouped their losses earlier in the year. Their spread over government bond yields, which widened sharply in the sell-off, is now only 0.5% higher than before Covid. There is little scope for any appreciable further narrowing and prospective returns as a result are no more than 2% or so.

We are slightly underweight equities. By that, we mean equity allocations in portfolios are a little below the levels we deem appropriate for each risk profile in the long term. With equities looking vulnerable to a correction over coming months, but longer-term prospects rather brighter, we believe this remains appropriate for the time being.

We are cautious on UK equities and in June reduced further our exposure to lower quality and small/mid cap stocks. The UK has underperformed other markets by as much as 20% this year and is cheaper than normal. Its P/E ratio is 25% lower than for the rest of the world, although in part this just reflects the structure of the market.

So, while its cheapness should be supportive, there seems little reason to expect the UK to outperform as the economy has been one of the worst hit by Covid. With any EU trade deal likely to be a bare bones agreement, Brexit at the end of the year represents another unhelpful drag on both the economy and market confidence.

We are also somewhat cautious on the US, which has outperformed this year. Technology-related companies, which account for over 30% of the US market, have been the star performers.

We remain positive on the tech sector as Covid has only reinforced its favourable secular growth story. That said, higher valuations and increased regulatory headwinds mean the outlook is not as good as it has been.

High valuation levels remain a background concern for the US, with the P/E ratio some 35% higher than elsewhere, a larger than normal premium. The US elections, as already mentioned, also represent a potential obstacle. Finally, the dollar has come under pressure recently, now that interest rate differentials are no longer particularly in its favour, which tends to be associated with the US underperforming.

We remain positive on Asia and emerging markets more generally. Both areas have outperformed this year with China, which accounts for as much as 40% of these regional indices, very much leading the outperformance.

The Chinese economy has suffered less from Covid than elsewhere and should manage to see positive growth this year unlike most other economies. China has also benefited from its high weighting in technology stocks.

Asian valuations remain on the cheap side and the relatively strong long-term growth prospects of the region also remain an attraction. Increased tensions with China, however, have the potential to cause some volatility.

We are neutral on Japan. Its cheapness is attractive, as is the slow improvement in corporate governance, but the long-term weakness of the economy is a concern.

We are not overly keen on Europe. It currently has the virus under better control than the US and recently managed to agree a €750bn economic recovery fund. However, the structural defects of the eurozone and the political instability of Italy remain worries longer term.

We have a sizeable allocation to thematic investments and believe Covid can only increase the divergence between the secular winners and losers across sectors and themes. We retain our exposures to technology, artificial intelligence, environmental change and frontier markets.

We have also recently made a new allocation to global healthcare. Ageing populations and rapid innovation in the biotech space are long term tailwinds favouring the sector and these will now be supplemented by a Covid-related increase in government healthcare spending.
We are underweight fixed income because of the limited returns on offer from bonds with rates now so low. Our exposure is primarily focused on higher grade corporate bonds. Return prospects are considerably lower than for equities, but the downside risk is also much smaller, now that central banks are providing a backstop through their corporate bond purchases.

Our allocation to government bonds is relatively small as prospective returns are likely to be zero or negative. They are also unlikely to offer much protection if there were another major risk-off move, now the scope for a further decline in yields is minimal.

Finally, we have an allocation to gold, the price of which has risen a hefty 25% this year. Gold should remain well supported by the fall in rates, particularly in inflation-adjusted terms, continuing geo-political tensions and the danger down the road of a significant pick-up in inflation.