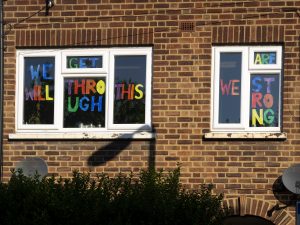 Global equities took a tumble last week, losing 5.0% in local currency terms. This left markets down some 7% from their early September high but still leaves them up some 40% from their March low.

The reason for the sell-off is not hard to fathom, namely the surge in infections in the UK and Europe and the new lockdowns announced both here and in countries such as France and Germany.

Lockdown 2.0 is not as severe as its predecessor but will still deal a significant blow to economic activity. The Eurozone and the US last week may both have announced record growth in the third quarter, but GDP remained a sizeable 4.3% and 3.5% respectively down on the end of last year. The latest lockdowns now threaten a renewed decline in Europe in the fourth quarter.

The UK hasn’t released Q3 numbers as yet, but as of August, GDP was as much as 9.0% below its end-2019 level. It has been one of the economies worst hit by Covid and remains one of the most vulnerable. Even though Rishi Sunak has now reinstated the more generous furlough scheme, the lockdown risks reducing GDP by a hefty 5% or so in the fourth quarter.

The US also looks likely to see growth suffer over coming months with infections climbing sharply and the government response chaotic. Only in China is Covid already beginning to seem like a distant nightmare with GDP up 4.1% this year. This divergence has been reflected in the marked outperformance of the Chinese stock market year-to-date, which continued last week with it down only a modest 0.5%.

While the next couple of months could well see further market weakness, we do not expect anything like a re-run of the sell-off earlier in the year. The lockdowns are less severe, the hit to GDP should be much smaller and we are rather closer to seeing light at the end of the tunnel. Much more extensive testing, better treatments and vaccine roll-outs should all lead to the picture steadily improving through next year and in time provide the rationale for further gains in equities.

In the meantime, one source of support is coming from earnings. We are now over half-way through the Q3 reporting season in the US and earnings are coming in considerably better than expected. The tech giants reported last week and generally beat expectations (not that it did their share prices much good) as did the banks earlier in the month. S&P 500 earnings now look likely to fall some 10% rather than 20% as was the expectation at the start of reporting.

Still, markets near term have not only to contend with Covid but also the US elections. We will keep our comments brief today. So much has already been written on the subject and, with the result still uncertain, it makes sense to wait until the dust has settled before pontificating any further at any length. It should also not be forgotten at times such as these that the importance of the US election in driving markets is often exaggerated. More important generally than which party wins the election is the state of the business cycle, Fed policy and also this time, of course, Covid.

What can be said with any confidence is limited. Biden remains the front runner but his victory is far from assured. The worst outcome for markets would be a close and contested vote which might not see the victor announced for weeks. As for the best outcome, other than a clear victory by either candidate, it is far from clear. Biden’s policies are a very mixed bag and the ability of Trump or Biden to implement their policies will depend on winning control of Congress.

We will be sending out a post-election update on Wednesday by which time we may, or may not, be able to shed some further light on these matters.