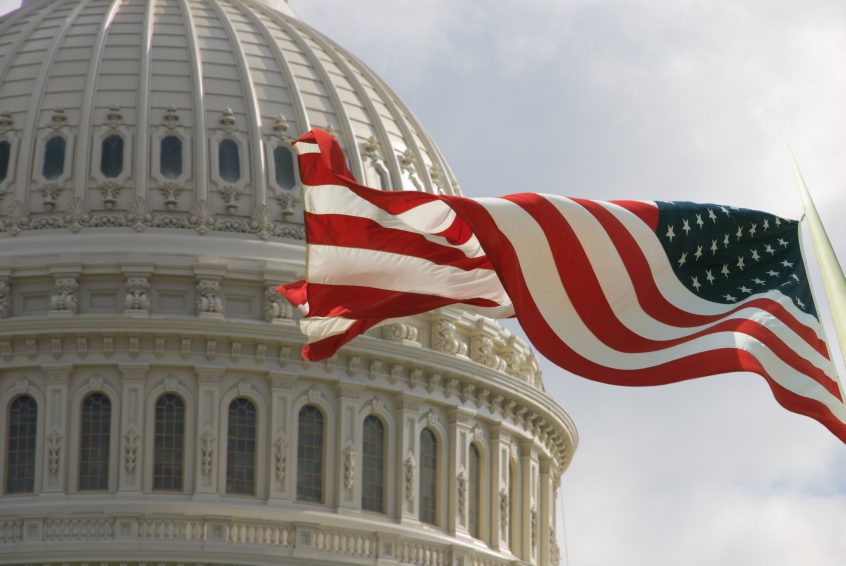 We generally do our best not to repeat a title we’ve used recently but this one from a couple of weeks ago seems more apposite than ever. At the time of writing, the name of the next US President remains quite uncertain although the odds do now seem to favour Trump over Biden. Trump won the key swing state of Florida but the Rust Belt states of Wisconsin, Michigan and Pennsylvania, where the results will only be known over the next couple of days, could yet swing the election Biden’s way.

As for Congress, which is critical in determining how easy it will be for the President to implement his policies, it looks likely to remain divided. The Democrats look set to retain control of the House of Representatives while the Republicans should retain their majority in the Senate.

The worst outcome for the markets had generally been expected to be a close and contested election and this seems to be what we are now headed for. Certainly, if Biden does manage to pull a rabbit out of the hat, Trump will contest the result and we face weeks of uncertainty.

The market reaction, however, so far has been limited. European and UK equities are currently now up a little, as are US futures. There has also been no rush into safe haven assets with gold, the dollar and US Treasury yields volatile but overall little changed from earlier in the week.

So where do we go from here? We have said all along that markets were probably in for a choppy few weeks and this seems more likely than ever. If the election does end up being contested, the risks are clearly to the downside although the relatively calm market reaction as yet suggests any decline may not be that great.

Longer term, the main impact is that there is now no prospect of the big fiscal stimulus which was on the cards if there had been a Democratic clean sweep. Still, with infections climbing quite rapidly in the US and likely to force renewed social distancing measures which will hit the economic recovery, a rather smaller stimulus should eventually be agreed.

All said and done, the events of the last 24 hours do not justify any major change in our longer term views for markets. We continue to believe equities should see further upside next year as the virus is slowly brought under control.