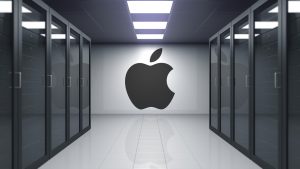 Global equities edged higher last week with no great enthusiasm, as indeed did US equities which inched above their all-time high in February.

Beneath the surface, however, the week was rather more eventful. Technology stocks outperformed with a gain of 2.5%, led by the megacap FAANGs (Facebook, Apple, Amazon, Netflix & Google) which were up close to 8%. UK equities, by contrast, were down 1.2%.

This pattern of technology outperformance and UK underperformance has been the story, not only of the past week, but the whole year. The technology sector has outperformed global equities by over 30% since the start of the year while the UK has underperformed by over 20%.

In fact, this story has been playing out for a lot longer than this year and we have just seen the passing of a depressing milestone for the UK market. The entire market cap of the FTSE 100 index is now smaller than that of Apple whose market cap has burst through the $2 trillion mark!

In good part, this is down to Apple’s share price, which is up as much as 70% year-to-date and now trades on a heady forward price-earnings ratio of 33x. But sadly, it also reflects the fact that the market cap of the FTSE 100 has gone nowhere over the last twenty years.

The FAANGs undoubtedly face increased regulatory and tax headwinds going forward. But we believe this is more than compensated by the secular tailwinds in favour of the tech sector more generally which have only been reinforced by Covid. Meanwhile, tech valuations are still nowhere back to the highs seen back in the 1999-2000 tech bubble. Consequently, we plan to retain our tech exposure.

As for UK equities, they may be cheap with a forward price-earnings ratio currently 25% lower than for the rest of the world, but there is little obvious on the horizon to trigger a major change of sentiment for the better and we remain somewhat cautious. Last week’s economic data did surprise on the upside, with business confidence improving further in August and retail sales in July above their levels a year earlier. Indeed, UK GDP now looks likely to see a gain of as much as 14% in the third quarter.

However, even such a large bounce would still only re-coup some 55% of the drop seen in the second quarter. And with the government’s furlough scheme being unwound over the next couple of months, the pace of the recovery is likely to slow considerably later in the year, particularly with Brexit lurking in the wings.

The latest round of UK-EU trade talks ended on a sour note with no progress being made. No deal, or even a bare-bones deal, at year end can only pose another unwelcome drag on the economy. Talking of which, last week saw UK government debt hit the £2 trillion milestone and exceed 100% of GDP for the first time, which only highlights the difficult path ahead for the economy.

To end on a slightly more positive note, UK and European equities are up close to 2% this morning, buoyed by talk of a new plasma treatment for hospitalised covid patients and a vaccine possibly being released ahead of the US election. Both developments are encouraging although neither will provide a silver bullet. We believe equities remain vulnerable to a possible correction over coming months, even if longer term they have more upside.