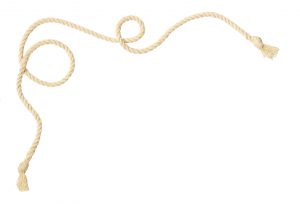 Global equities continued their rebound last week, rising a further 2% in local currency terms. They have now recouped all their losses earlier in the year and are back to their all-time high last seen in February.

The US Federal Reserve, rather than any economic releases, can claim credit for the latest move higher. At last week’s annual get-together of the world’s central bankers, the Fed announced a refinement of its longer-term monetary policy objectives. Rather than having a simple 2% inflation target as before, it is moving to an ‘average’ target; inflation will now be allowed to overshoot following a period of undershooting.

Over the last few years, US inflation has undershot the 2% target significantly with the Fed’s favoured inflation measure currently only at 1.2%. So, there is definitely grounds for inflation to be allowed to run above 2% over coming years and higher inflation would be good news for equities.

Past experience over recent years, however, suggests central banks will continue to struggle to hit, let alone overshoot, their inflation targets. So, the Fed’s move is for the moment rather academic and will have few policy implications for a while yet.

Longer term, by contrast, the massive fiscal and monetary stimulus does clearly carry some inflation risk. And whereas before, a rate rise had looked possible in a couple of years’ time, US rates now look set to remain close to zero for maybe at least another five years.

Rate hikes also look unlikely as far as the eye can see in the UK and Europe. Indeed, BoE Governor Andrew Bailey was at pains last week to emphasise the Bank still has ample firepower to support the UK economy if needed. Further quantitative easing is quite possible and, if absolutely necessary, the BoE could introduce negative interest rates.

Still, the sad fact is that despite the Fed’s latest move and the BoE’s protestations to the contrary, monetary policy is reaching the limits of its effectiveness. Additional stimulus may well boost asset prices further but, in terms of its impact on the economy, it is more akin to pushing on a string – to quote the old adage.

Back closer to home, one of the more notable moves of late has been the marked rise in the pound against the dollar. Sterling is now back to $1.34, up from a low of $1.15 at the height of the sell-off in mid-March. It would be nice to say that this is all down to renewed confidence in the UK economy but this doesn’t seem to be the case.

Sterling’s gains have been concentrated against the dollar, which has been weakening generally, and have been much more muted against the euro. Equally telling, UK equities have continued to underperform other markets in sterling terms, whereas normally sterling strengthening is associated with outperformance.

The underperformance of UK equities may in part relate to worries about Brexit, the winding down of the furlough scheme now underway and the government’s erratic handling of the crisis. However, it will also in part just be down to the continued outperformance of tech stocks, which account for over 30% of the market in the US but a mere 2% in the UK.

We believe tech stocks should continue to fare relatively well and thus UK equities may continue to struggle. Even so, their value does offer some hope that the bulk of the UK’s underperformance should finally now be behind us.