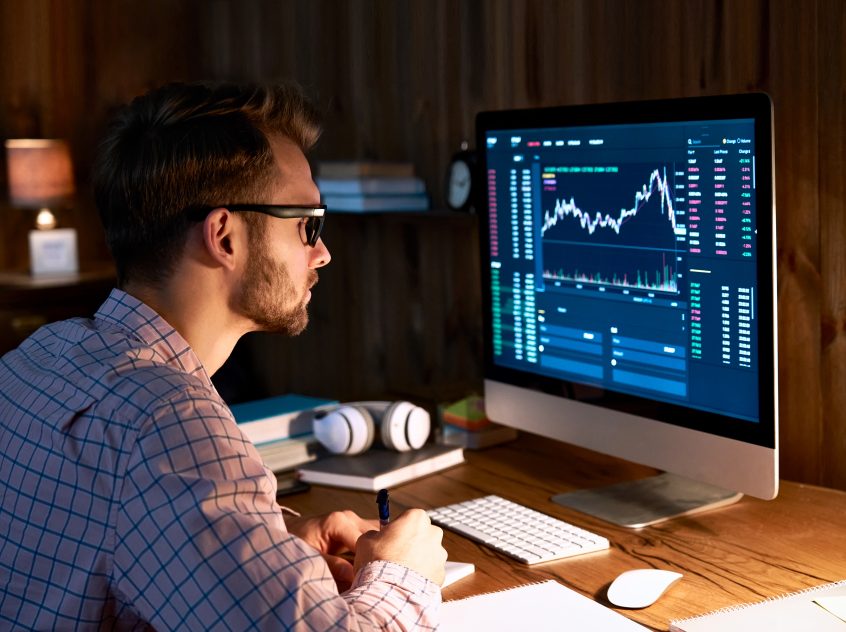 QE, or quantitative easing to give it its full name, has been one of the major tools central banks have employed to try and limit the damage wreaked on the global economy by the pandemic. It is a tool first used to any great extent back in the global financial crisis when interest rate cuts became increasingly ineffective as rates reached ever lower levels. This led central banks to increase the quantity of money circulating in the economy directly by QE rather than just cut the price of money by lowering interest rates.

How does QE work ?

Central banks buy up government bonds (and also corporate bonds nowadays), in the process boosting the money supply and injecting money into the markets. They buy bonds from private investors rather than from the Treasury so as to avoid the impression that they are funding government spending directly. But this is in part just smoke and mirrors.

How is QE supposed to work its magic? This is where it all gets a bit vague. Only recently, the Bank of England was criticised by its own watchdog for not really knowing how QE worked. Still, the basic idea is that QE pushes government bond yields down, driving investors to buy riskier assets such as equities and fuelling asset price inflation. This in turn should provide a boost to the economy, most obviously through wealth and confidence effects.

The QE programmes in the US, UK and Europe this time round have dwarfed those during the financial crisis – global QE is running at a $5trn annual pace – representing an unprecedented monetary stimulus. QE has effectively allowed governments to issue massive amounts of debt without driving up bond yields. Despite the highest budget deficits since WWII, government bond yields have fallen to record lows.

QE also helped stop the markets from seizing up last spring in the midst of the crisis and has been a major factor driving the sharp rebound in equity prices. It is all but impossible to disentangle the impact of QE per se but all this suggests it has provided significant support to the economy.

Is QE all good news?

No. For one, it may have boosted the economy overall but it will also have worsened existing inequalities as it primarily benefits the asset-rich. More importantly for markets at least, there are also worries about its long-term impact.

QE has fuelled a sharp increase in money supply, leading monetarists to predict this must herald a surge in inflation – too much money being the ultimate cause of all inflation. The financial crisis saw similar stark warnings but in the event inflation continued to fall. This time though, the risks are bigger as the QE is considerably larger, as is the fiscal stimulus.

There is another noteworthy difference to QE in the financial crisis. This time around, QE is in effect funding the payments being made directly to households by, for example, the furlough scheme. This means the money has a more direct route into the real economy whereas in the financial crisis it became to a large extent trapped in the financial markets. The demand boost could therefore be that much greater if household confidence rebounds, increasing the inflationary risks.

Still, our view is that inflation is unlikely to pick up much above 2% over the next couple of years. Money growth may be pushing inflation higher but slack in the economies, along with forces such as innovation and the shift to online retail, will be pushing it lower. Also, while central banks have become more inflation tolerant, they are unlikely to tolerate more than a moderate overshoot of their 2% targets.

Could QE be addictive?

There is also the danger that markets have become addicted to QE and that it will be very difficult to wean them off without triggering a big sell-off. This is certainly a risk which has been highlighted by the sharp rise in bond yields in the last few weeks. Back in 2013, during the so-called Taper Tantrum when the Fed first talked of scaling back its QE, Treasury yields rose 1% in the space of three months although equities proved resilient.

The Fed, however, is very aware of this danger. It will proceed cautiously in reducing its bond purchases and is unlikely to start doing so until next year. All the same, with the current high equity valuations supported by the very low level of bond yields, this does pose a risk albeit one more for next year than this year.

QE has also effectively allowed governments to run massive budget deficits, seemingly without any obvious constraint. The danger here is that QE proves addictive not just to investors but to governments. Indeed, the Bank of England is on track to own half of all conventional UK gilts by the end of the year. QE may encourage politicians to continue to run large deficits and accumulate excessive debt rather than start the painful process of cutting spending or raising taxes.

Near term, while the recovery is still getting going, there is every reason to avoid a return to austerity. Longer term, however, such inaction could take government debt up to debilitating levels and fuel a surge in inflation.

All said and done, the long-term effects of QE are fraught with uncertainty and controversy. Advocates of Modern Monetary Theory would have us believe that the combination of QE and large deficits poses no problem. For us, it is somewhat akin to believing in a Magic Money Tree. Weaning governments, investors and economies off QE is likely to prove difficult – the only question is just how difficult.