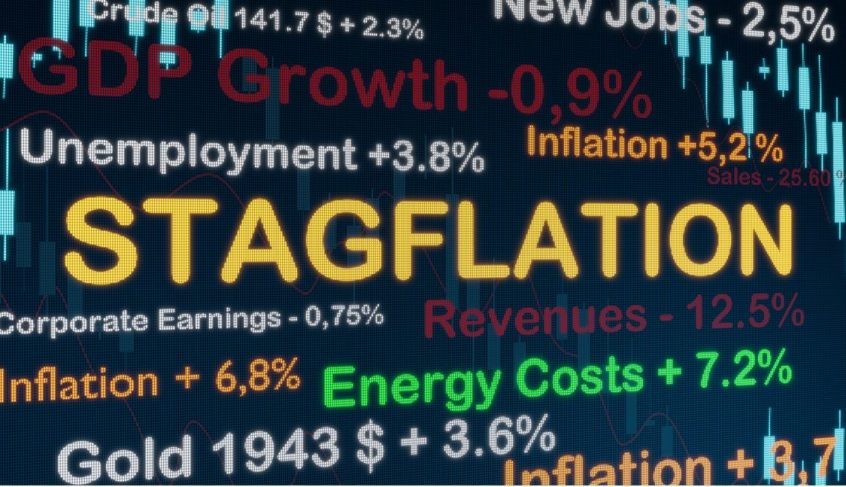 Equity markets have been volatile over the last week but overall lost further ground. Global equities fell 1.9% in local currency terms and are now down 10.5% year-to-date and only 1.9% above their early March low.

The losses have been markedly smaller for UK investors. A further fall in the pound against the strong dollar to $1.25 left global equities little changed in sterling terms over the week and down a more moderate 5.5% so far this year.

Meanwhile, government bonds have also continued to sell off with 10-year yields in the US and UK now testing 3.0% and 2.0% respectively. The sharp rise in yields has left US Treasuries and UK Gilts both nursing substantial losses this year of around 10%.

The falls in both bonds and equities have been driven by the move towards stagflation, the unpalatable combination of high inflation and stagnation in economic activity. Worries on this front have been bolstered by recent developments.

Russian energy supplies to Europe have come under further threat, which can only increase inflation pressures and the danger of recession in the region. Russia has suspended gas exports to Poland and Bulgaria, and the EU has moved closer to imposing a ban on Russian oil imports with Germany no longer opposing such a move.

At the same time, first quarter growth numbers served to increase nervousness over the resilience of the global recovery. US GDP unexpectedly contracted at a quarterly annualised pace of 1.4%, the first decline seen since spring 2020.

Luckily, the guts of the report painted a rather more robust picture. A big deterioration in trade and a smaller build up of stocks were to blame for the decline as consumption and investment both posted healthy gains.

Eurozone growth also fell short of expectations although remained positive with an annualised gain of 0.8%. Finally, worries continue to increase over the lockdowns in China and the damage it is doing both to Chinese growth and global supply chains still reeling from the pandemic.

The lockdown continues in Shanghai, restrictions are increasing in Beijing and business confidence fell sharply in April. Yet, there is still no sign of China backing away from its zero covid policy.

On the inflation front, April might finally mark the peak with inflation rates dropping back somewhat over coming months as the large gains in prices of last spring drop out of the annual comparison. Even so, with inflation currently at around 8%, any such decline will still leave it running well above target and provide scant comfort to central banks.

Worries of a wage-price spiral remain to the fore and will have been reinforced in the US by Friday’s numbers showing labour costs posting their largest quarterly gain in over 30 years. Such fears mean the Fed looks certain on Wednesday to raise rates by 0.5% to 0.75-1.0% and also start quantitative tightening by running down its bond holdings. Similarly, the Bank of England looks very likely to increase rates by a further 0.25% to 1.0% on Thursday.

While macro developments in the end proved to be the main market mover last week, the first quarter results of the tech titans in the US were also a major focus. In the event, they proved a mixed bag. Microsoft, Facebook and Apple beat expectations while Alphabet and Amazon disappointed.

The tech sector has underperformed markedly this year as the pandemic-related excessive optimism has turned sour. Although rising rates will remain a headwind and the sector is not out of the woods yet, valuations are now much more reasonable and we believe the sector remains a good long term growth story.