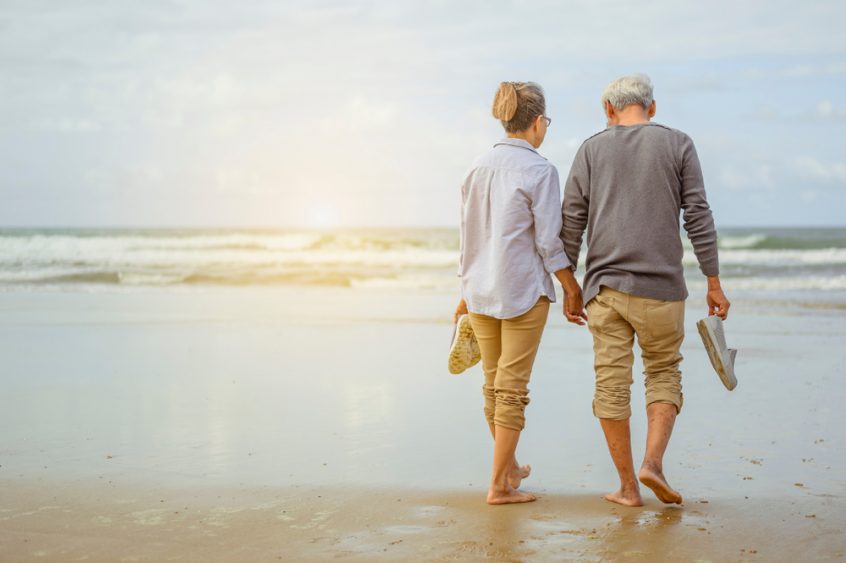 How could the change impact on your retirement plans?

For the first time in over a decade, the point at which people can claim a State Pension (the ‘State Pension Age’) is simple. If you have reached your 66th birthday, you can claim it. Otherwise you cannot.
Men and women born between 6 October 1954 and 5 April 1960 start receiving their pension on their 66th birthday. For those born after that, there will be a phased increase in State Pension age to age 67 in 2028, and eventually age 68 from 2037.

Back in 2010, women could claim their State Pension from age 60, while men could claim theirs at age 65, but in 2018 women had their State Pension age increase to age 65 too. Further increases to the pension age are also expected for younger generations.
It comes as the Chancellor Rishi Sunak vowed the ‘triple lock’ pledge is safe. Mr Sunak said: ‘We care very much about pensioners and making sure they have security and that’s indeed our policy.’

Under this pledge, the State Pension increases each year in line with the highest of average earnings, prices (as measured by inflation) or 2.5%. The full State Pension for new recipients is worth £175.20 a week. To receive the full amount, various criteria including 35 qualifying years of National Insurance, must be satisfied.
The age at which people receive the State Pension has been increasing as people live longer, and the government has plans for the increase to 68 to be brought forward. However, the increases have been controversial, particularly for women who have seen the most significant rise.

Women born in the 1950s have been subjected to rapid changes and those involved in the WASPI (Women Against State Pension Inequality) campaign lost their legal challenge, claiming the move was unlawful discrimination.
The coronavirus (COVID-19) crisis has led many people to reconsider retirement plans, especially those who feel they are more at risk from the outbreak. Former pensions minister Ros Altmann argued that the crisis meant there was a ‘strong case’ for people to be given early access to their State Pension, even if it were at a reduced rate. She also pointed out the large differences in life expectancy in different areas of the UK.

Future for both is not entirely clear

Millions of people who will rely on their State Pension in retirement need to know two things: how much will they receive, and when. The future for both is not entirely clear. Firstly, the age at which the State Pension begins has been rising, and will continue to do so.
Secondly, there is always plenty of debate over the future of the triple lock – the pledge to ensure that the State Pension rises by a minimum of 2.5% each year.

And if young workers think this has nothing to do with them, they should think again. How long we work before we receive state financial support in retirement is a vital issue for long-term financial planning.
Younger workers have also been urged by pension providers to consider their retirement options, with a strong likelihood of State Pension age rising further as time passes.

A timely reminder to everyone

The increase to the State Pension age provides a timely reminder to everyone to check their pension pots and ask themselves whether the savings they’ve built up are enough for the kind of life they want in retirement.
As average life expectancy continues to increase, the State Pension age will inevitably follow suit. This means younger savers need to plan and assume they might not reach their state pension age until 70 or even beyond. Anyone who aspires to more than the bare minimum in retirement needs to take responsibility as early as possible to build their own retirement pot.

Don’t know where to start?

It’s important to think about how much money you might need in the future and whether you’ll have enough to give you the lifestyle you want. You might be eligible for the State Pension but can you manage on this alone? Also, you may want to retire before your State Pension age. To discuss your retirement planning options – please contact us.