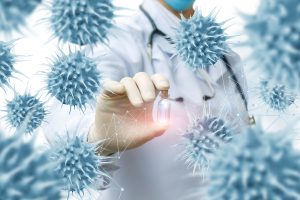 Markets continue to take heart from signs of a rebound in economic activity. Manufacturing confidence and employment in the US both posted unexpectedly large gains in June. Meanwhile here in the UK, the Bank of England’s chief economist stated that the downturn in the economy was not as severe as had been expected and activity was rebounding faster than anticipated.

All this is undoubtedly encouraging but it is still early days yet, with much still to play for. First and foremost, the outlook for the virus remains quite uncertain.

On the one hand, infections are picking up again in quite a few countries, most notably the US. New infections in the US have hit a new high and states accounting for some 60% of the population have now reversed or halted reopening plans. On the other hand, there has been some promising news regarding the early trials of a potential vaccine.

The other key uncertainty relates to the scale of the lay-offs which will be seen as government support schemes are wound down over coming months. Indeed, several large companies in the UK have already announced significant redundancies in the last few weeks.

Governments across the world will do their best to limit the rise in unemployment and the resulting economic damage. Economic recovery plans, involving training schemes and increased infrastructure spending, are being drawn up and Rishi Sunak will outline his plans for the UK on Wednesday.

Even so, coming months may prove to be testing ones for the markets as the early phase of the economic recovery – which was always going to be the speediest- is followed by a much slower grind back towards normality.

In these uncertain times, the attraction of investing in areas which not only benefit from the current conditions but are also sources of long-term growth is now more apparent than ever. The technology and healthcare sectors are in our eyes two such themes and we have specific allocations to both.

Another area which looks well placed are ESG-focused investments. ESG looks certain to become ever more a focus for companies and investors alike over coming years both because of increased green investments by government and societal pressure. Companies with high ESG ratings tend to be high quality and so quite resilient in periods of economic stress such as now. They have also avoided sectors such as energy which have suffered from the collapse in the oil price. As a result our ESG portfolios have also fared rather well so far this year.

We continue to believe markets could be in for a choppy few months with the risk of a correction. In this environment, a continued focus on themes such as those above should stand investors in good stead, both over this coming period and longer term.