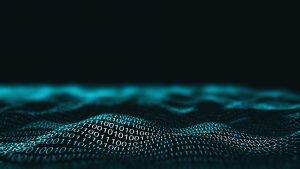 Last week was a choppy one for equity markets, with global equities ending the week little changed in local currency terms. A strengthening in the pound to $1.31, however, left markets down 2.0% in sterling terms.

Second quarter GDP numbers for the US and Europe confirmed the extent of the collapse in activity caused by the lockdowns. US GDP contracted a record 9.5% q/q but even so fared better than the Eurozone where GDP fell 12.1%. Within Europe, Germany was most resilient with a decline of 10.1% while Spain fared worst with a fall of 18.5%. The UK numbers have not yet been released but most likely the UK will be one of the worst hit economies.

In the US, the Fed left policy unchanged last week as expected and Chair Jerome Powell went out of his way to emphasise how dependent the path of the economy was on Covid developments. The renewal of government support measures, however, is also critical if the recovery now underway is to be sustained. Congress has as yet failed to agree an extension of the government stimulus measures which ended in July but most likely will do so over coming weeks.

The second quarter earnings season is now past its halfway mark in the US and the collapse in earnings is proving less than feared. Earnings are now expected to be down some 35% on a year earlier, compared with expectations for a 45% fall at the start of reporting. The tech sector has been a major reason for the positive surprise with Apple, Amazon, Facebook and Alphabet (Google) all reporting last week and beating estimates. Along with healthcare, the two sectors should actually see second quarter earnings up a little on a year ago – in contrast to the sharp declines being seen elsewhere.

Tech stocks have also been in the news recently because the leaders of the tech titans were testifying last week before Congress in an attempt to limit the regulatory crackdown heading their way. Increased regulatory and tax headwinds, along with higher valuations, mean the backdrop for tech stocks is no longer as favourable as it once was. Still, their latest results very much confirm the underlying growth story of the sector and we plan to retain our allocations to technology and artificial intelligence.

Currencies have also been a focus recently. For UK investors, the focal point has been the recovery in the pound against the dollar from a low of $1.15 in March to back above $1.30. This rise has been very much a result of dollar weakness rather than sterling strength with the pound losing, rather than gaining, ground against the euro.

The dollar has suffered from the flare up in Covid infections and much reduced interest rate support. With much of the dollar’s decline likely to be behind us now and the UK once again drawing closer to a Brexit cliff-edge, the pound could well unwind some of its recent gains later this year.