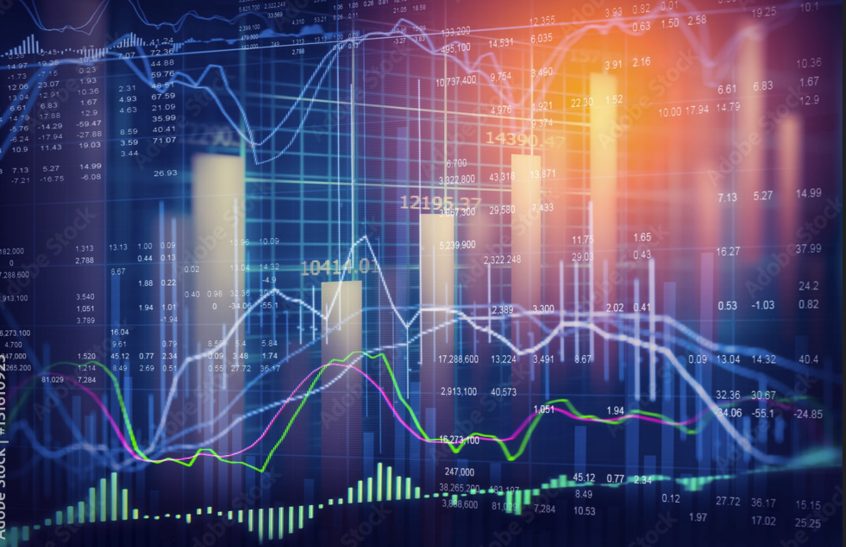 Equity markets ended last week on a distinctly sour note with the US down 2.7% on Friday. Markets have also opened lower today with Chinese equities faring worst, hit by fears that the lockdown in Shanghai will now be extended to Beijing.

Over last week as a whole, global markets were down 2.2% in local currency terms and have now erased much of their bounce from the low on 8 March. In sterling terms, equities have held up rather better and were down a more modest 1.1%.

The weakness in equities was driven primarily by Fed Chair Powell’s latest hawkish comments, which all but confirmed a 0.5% rate hike is on the cards in May, and the relentless rise in bond yields. 10-year yields have continued to move higher and are now within a whisker of hitting 3.0% in the US and 2.0% in the UK.

Netflix, however, also helped fuel the decline, slumping by almost 40% on news of a surprise drop in subscribers. Netflix is just the latest, if much the biggest, of the stay-at-home winners to lose all of its outsized pandemic-related gains.

This is part and parcel of the wider move by investors out of expensive growth stocks into cheaper value stocks which has been fuelled by the surge in bond yields. Growth stocks have now underperformed their value counterparts by close to 15% this year and the rotation very likely has further to run.

Bond yields should continue to trend higher and the valuation gap between growth and value stocks still looks excessive, even if not as extreme as it was. The earnings reports of the US tech giants this week will be an important factor determining whether tech, the archetypal growth sector, continues its recent run of underperformance.

Meanwhile, the IMF’s latest set of economic forecasts did nothing to improve sentiment, highlighting the damage done by the war in Ukraine. It is now forecasting global growth of 3.6% for both this year and next, with its estimates revised down since January by 0.8% for 2022 and 0.2% for 2023.

This merely returns growth to its long-term trend and is far from calling a recession. Even so, it is only moderately reassuring. The IMF emphasised the risks are to the downside and its forecasting track record is underwhelming to say the least.

The latest forecasts did Boris Johnson no favours. The IMF expects UK growth next year to be only 1.2%, the weakest amongst the G7 and a far cry from the PM’s claims that the UK is currently the fastest growing G7 economy. At the same time, it is forecasting UK inflation still to be running as high as 5.3% next year, the highest rate amongst the G7.

The latest crop of data confirmed the slowdown now underway in the UK as the cost-of-living crisis bites. Retail sales fell a considerably larger than expected 1.4% in March and consumer confidence dropped in April to within a whisker of its all-time low in 2008. UK business sentiment also declined more than expected although for the moment remains quite high.

The pound was unnerved by the downbeat data and slipped to $1.28 from a high of around $1.37 at the start of the year. Still, a good part of this decline just reflects the strength of the dollar which has been buoyed by the hawkish Fed.

Finally, yesterday saw the markets dodge one potential curveball with Macron ending up beating Le Pen in the French Presidential election by a comfortable margin.