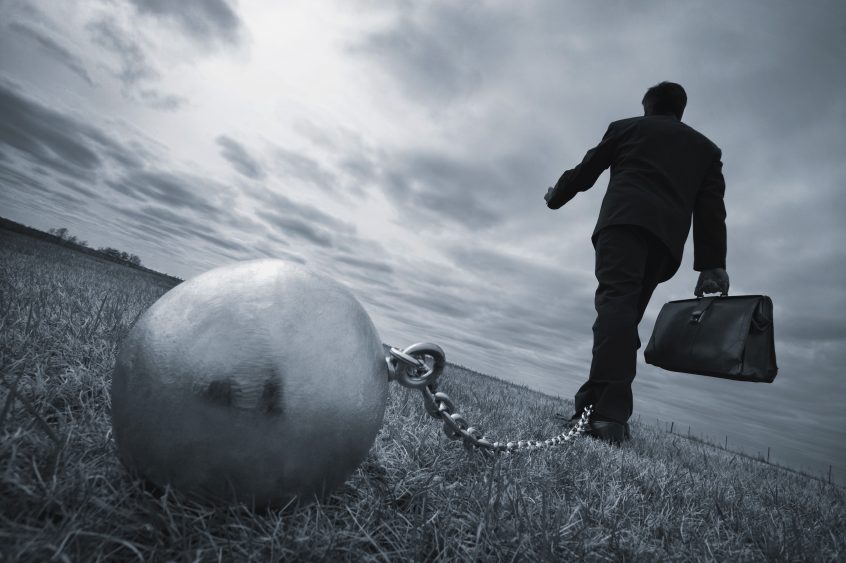 “The National Debt is a very good thing and it would be dangerous to pay it off for fear of Political Economy” (from 1066 and All That: A Memorable History of England by W.C. Sellar & R.J. Yeatman) – Discuss!

The peak to trough decline in economic activity during the Global Financial Crisis (GFC) just over a decade ago was 7%. During the coronavirus shutdown, official monthly data suggest that the fall was a gigantic 26%. Not only that: during the GFC, the decline was over the course of 13 months, while the more recent slump in activity took just two months. The Government is hoping that its attempts to put the economy into a state of suspended animation during the current crisis will lead to an almost equally rapid rebound in activity that will take us back to previous peak levels of output much faster that after the more prolonged attrition of the GFC. Then, it took almost four years from the trough of the recession to re-attain previous peak activity levels. The hopes are that the timespan this time will be considerably shorter. Most economists agree that it will, and the Bank of England has suggested that even now the recovery has been sharper than it anticipated. It is early days.

Debt is now our ally

The initial shape of the road back to normality was always certain to be ‘V’-shaped. What is less certain is what will happen later. Even if there are no secondary coronavirus outbreaks that cause localised or more widespread shutdowns, I suspect that we will experience a phase when the economy seems to stutter – possibly coinciding with the moment at which the UK formally leaves the EU.

It is interesting to contrast the role that debt has played during the two crises. Prior to the GFC, there had been a rapid rise in private sector debt in many advanced economies including our own – a build up that was more or less ignored by negligent central banks that had become fixated with inflation targeting. As the crisis developed, government budget deficits soared, causing alarm that surging public sector indebtedness would undermine economic recovery. Debt was very definitely regarded as the villain of the piece. Not this time: debt is now our ally; a new-found friend that will help us negotiate what would otherwise have been a much rockier path.

Can this really be true? Can the government really borrow the vast amounts required to furlough around a quarter of the workforce on 80% of normal salaries without there being any negative consequences? And can the government now embark on what seems like a huge spending spree with impunity? There are those who argue this is possible because, unlike normal individuals, governments do not have a finite lifetime and can, therefore, take on additional debt without the constraint that it will have to be repaid within a certain amount of time. I think this argument is flawed at a number of levels.

When we borrow, we bring forward future income normally to finance an increase in current consumption or investment. The hope is always that improvements in future finances will make it relatively straightforward to repay the debt. At a national level, increased borrowing means that we are raising spending power within the economy at a faster rate that national income or output. The inevitable consequence of this is a rise in the trade deficit. Now consider what would happen if all countries (or just developed nations) were to do this. There would be burgeoning excess demand, huge world trade imbalance, and almost certainly rising global inflation. Inevitably, the system would implode. So the UK might get away with a strategy of rapidly rising national debt if everyone else does not do likewise; however, this can be only a very short-term solution in any circumstance.

Consider the situation in which a country adopts a long-term plan that is based on rising national debt levels. Every year, debt increases as a percentage of national income, and every year domestic spending increases faster than output. A government would have to maintain an extraordinarily and almost inconceivably high level of faith in its strategy for this not to cause a crisis of confidence in financial markets. Such a crisis of confidence would emerge in the form of much higher borrowing costs, a slump in the value of the currency, higher short-term interest rates and escalating inflation. The higher cost of government borrowing would not just be on new debt, but also on debt previously taken out that had to be refinanced. Thus, the burden of borrowing in previous years would have to be financed out of the incomes of current and future generations of workers.

The apologists for such a debt-based strategy have one last trick up the sleeve: inflation, itself. Inflation, they say, would boost current incomes, thereby reducing the real burden of debt on the economy. For those individuals with debt, this seems quite an attractive proposition. However, inflation is pernicious and can have a devastating impact on people whose incomes and/or assets are not inflation-linked. Furthermore, the tolerance of inflation by monetary and fiscal authorities often leads to an escalating problem that eventually requires very harsh measures to bring it under control.

So, what should the government be doing now? Limited and short-term recourse to debt is certainly not unwarranted, and I support the Treasury’s various actions in trying to underpin the economy through the coronavirus crisis. Indeed, I would go further and say that the Treasury has acted with uncharacteristic speed and dexterity. But a swift return to fiscal responsibility is important if this government is not to put a heavy burden on the incomes of future generations.

The current very low rates at which the government can borrow look alluring, but there are rocks just below the waterline, and the Chancellor and Prime Minister must not allowed themselves to be lured by Siren voices. Borrowing costs are low currently because the UK has convinced investors (both domestic and international) that it will maintain a sustainable long-term profile for government spending and borrowing.

In addition, demand for government debt has been boosted artificially by quantitative easing – a process through which central banks inject cash into the economy by buying mainly government bonds. This also seems like a panacea, but in my view has failed to generate the stimulus to investment and growth that monetary authorities previously promised.

Financial markets are fickle and must never be taken for granted. Just at the moment you think they have become your best friend, they can become an angry foe. So the government would be well advised to tread carefully when putting together its spending strategy for future years.