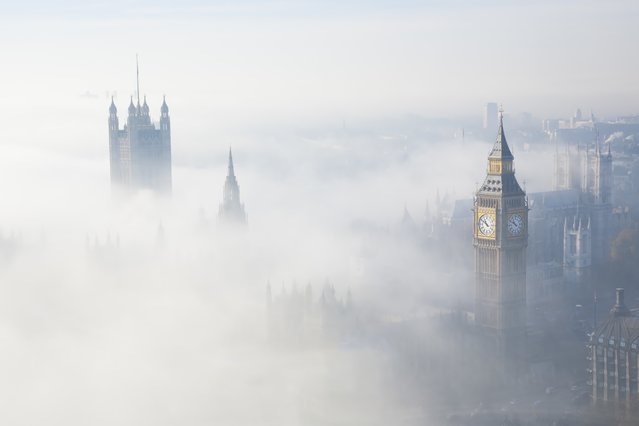 Global equities fell sharply last week as concerns over the rapid spread of the coronavirus outside China unnerved investors and most markets are now down around 12% from their highs. UK and European equities bounced this morning but have already unwound their gains.

The economic and market outlook is highly uncertain with the coronavirus centre stage and the experts – the epidemiologists – far from clear how serious the virus outbreak could become.

Outside China, cases are now rising sharply in a number of countries – just as they did inside China in the early stages of the crisis. This looks likely to continue near term given the problems of containing the outbreak when people can be infectious but symptom-free.

In China, by contrast, the sharp decline in new cases is undoubtedly encouraging. But there is a significant risk that cases spike higher again, now people are returning to work.

Estimates of the impact on the global economy have been rising sharply and a sizeable hit to activity now looks inevitable in the first quarter. Further out, the outlook is much less clear. Our view currently is that activity also suffers in the second quarter but then recovers in the second half of the year.

However, rather than a sharp V-shaped recovery in activity, which had very much been the hope until last week, a more muted recovery now looks more likely. Indeed, the OECD is talking of the virus possibly knocking as much as 1% off global growth this year and pushing many countries into recession.

The key question is; how much of this bad news is now priced in? While equity markets are off 12% or so from their highs, the typical recession is associated with a considerably larger decline of 20-30%, so they are still some distance from discounting one.

Equity valuations are also not yet particularly cheap – except against bonds. The global 12-month forward P/E ratio has fallen back but is only a little below the long-term average of 15.8x and remains well above the low of 12.5x touched at the end of 2018.

The one positive is that central banks will very likely step in to support the economy. The Fed now appears quite likely to cut rates by at least 0.5% over the next couple of months and the BoE could also lower rates. This would very likely provide a short-term boost to markets.

However, it is much less clear how effective rate cuts will be in stimulating the economy in these circumstances. A reduction in rates will do little to alleviate global supply chain disruptions and may not be particularly effective in stimulating demand if there are widespread containment measures in place.

That said, the authorities will undoubtedly also take action to ease the cash squeeze companies and/or individuals may face. The authorities in China and Hong Kong have already taken such action.

All this has left us deciding to hold off from adding to equities for the time being. Our base case remains unchanged that the global economy should pick up and markets recover their losses later in the year. However, our confidence in this view has fallen and near term at least it is hard to see the news-flow improving.

Markets could well decline further before they see a sustained recovery and we believe the most prudent course of action is to retain our neutral equity position for now.