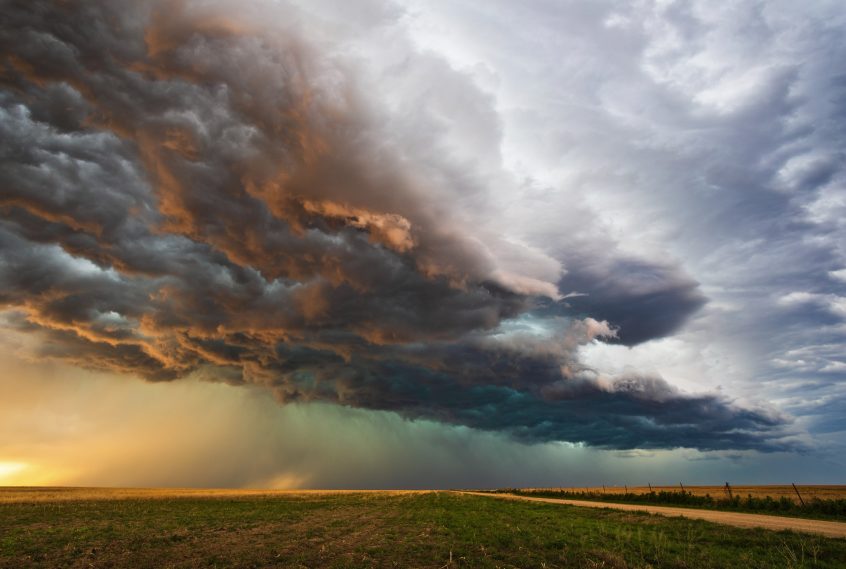 The past week has been a torrid affair with major moves in many markets. Global equities ended the week down a sizeable 4.2% in local currency terms and are back down to around their lows of mid-June. However, a sharp fall in the pound, particularly against the dollar, meant UK investors once again got off relatively lightly with global equities down all of 0.3% in sterling terms. UK and European equities fared worst, with declines of around 3%.

A sharp rise in yields also led to bonds posting sizeable losses, particularly UK gilts which were down as much as 5.6% over the week. 10-year gilt yields surged 0.7% and have risen a further 0.3% this morning to 4.1%. Meanwhile, 10-year US Treasury yields have increased 0.35% to 3.8%.

The turmoil kicked off with the meeting of the US Fed last Wednesday. Its decision to hike rates by a further 0.75% to 3-3.25% was no surprise but its new forecasts put paid to any hope that rates were now close to a peak and would be lowered again any time soon. It is now projecting rates to rise to around 4.5% by year-end and remain around here through next year, with any easing delayed until 2024.

The Fed’s doubling down on its hawkish stance followed the inflation numbers of a couple of weeks ago which showed a worsening in underlying inflation pressures. Unsurprisingly, the Fed has cut its growth forecasts significantly given the additional policy tightening it is now planning, although it is still not predicting a recession.

Market attention then swung rapidly from the US to the UK. Thursday saw the BOE raise rates by 0.5% rather than the 0.75% favoured by the Fed and ECB in their latest moves. Any relief, however, was momentary. The MPC said it would only take into account the government’s fiscal boost in its November forecasting round and hinted it could then step up the pace of tightening.

Expectations for additional rate hikes were then ratcheted up further on Friday by the tax cuts announced in the mini-Budget. The basic rate of income tax was cut by 1p, the 45% higher rate of income tax abolished, stamp duty reduced, and the hikes in national insurance and the corporation tax rate cancelled. Although tax cuts were always on the cards, these went further than expected and were then followed by Kwarteng’s promise of further cuts to come.

All of this comes hard on the heels of the government’s very costly energy support package for consumers and business. The problem is that while the fiscal boost will help support growth over the coming year, this is at a time when the BOE believes a sharp slowdown is required to bring inflation back under control.

Markets have also taken fright at the implications of a large rise in government borrowing. Not only have gilt yields surged but the pound has plummeted from $1.14 all of a week ago to an all-time low this morning of $1.03 before rebounding to $1.08. Sterling’s losses have been most pronounced against the dollar which continues to strengthen.

The fall in the pound will add to existing inflation pressures and reinforce the BOE’s determination to raise rates. There is even talk of a possible emergency rate hike in coming days. The market is now pricing in rates rising from 2.25% currently to as far as 5.5-6% by next summer. While this looks a considerable over-reaction, rates do now look set to be raised to at least 4%.

Finally, this morning saw a right-wing alliance win a majority in the Italian election with Georgia Meloni of the Brothers of Italy party now set to become prime minister. Her links to Italy’s fascist past, along with her Eurosceptic views and less hostile attitude to Russia, can only add to the difficulty of sustaining a unified European policy, not least on Ukraine.

So where does this all leave us? The temptation at times of market turmoil is always to bail out. However, the indisputable lesson of history is that this is the wrong course of action for any investor with a medium to long-term horizon. Over the last 50 years, there have been numerous crises and sell-offs and yet equities have always managed to recover and produce long-term inflation-beating returns. Trying to time a market bottom is all but impossible and risks missing the best performing days in any rebound, which has proven very costly in the past.

This is far from saying that we are taking no action on our client portfolios. But it is all about rebalancing, rather than wholesale de-risking. Bonds for instance are looking considerably more attractive now they are once again paying a respectable yield. As for equities, a considerable amount of bad news is priced in and sentiment fast approaching rock-bottom levels.

We had been expecting markets to remain volatile over the remainder of the year and we still believe this. So too, do we stick with the view that equity markets will in time recover, although not until we are considerably closer to the peak in rates.