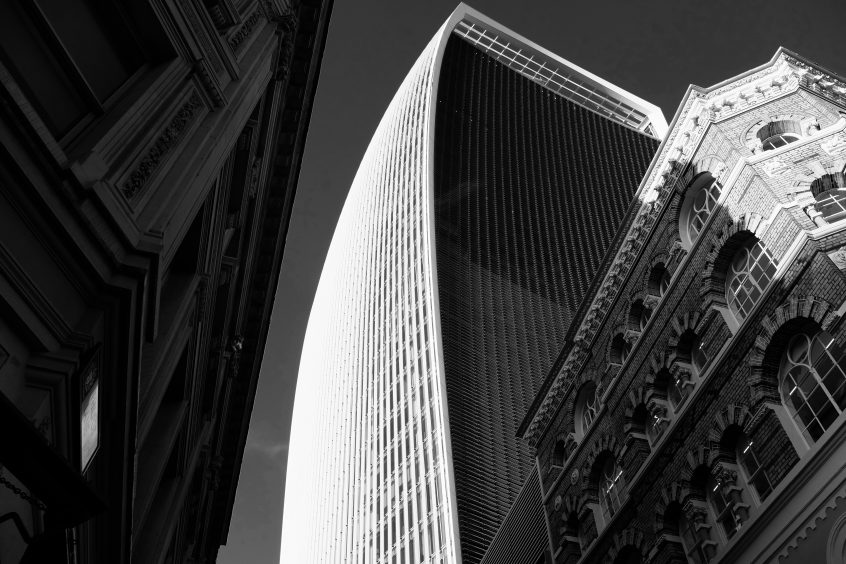 When I first came into the City in the late-1970s, the reverberations of the 1973-74 stock market crisis were still echoing around financial markets and within the walls of investment firms. In the UK, although not described using these words, it had most certainly been regarded as an existential crisis for the investment industry. The recovery was dramatic and gained momentum with the change in government in 1979.

The 1980s were also not without their moments. The Falklands War threatened to disturb market equanimity but was eventually negotiated without causing noticeable disruption. But later in the decade, in what forever will be associated in the minds of UK investors with an un-forecast hurricane, world equity markets experienced a dramatic and equally unpredicted crisis of confidence. This culminated on Monday 19th October 1987, ‘Black Monday’, with market indices recording some of the largest ever one-day declines. For many of us involved in markets, this was a shocking and formative moment. Now, it hardly shows up on a chart.

Since then, we have had other market crises – some wreaking more enduring damage than others. In the UK, the 1992 exit from the Exchange Rate Mechanism of the European Monetary System, following a period of recession, was initially greeted with alarm, although it subsequently led a sustained phase of strong growth and excellent stock market returns. The Asian debt crisis followed towards the end of the decade. This provoked fears of a global financial meltdown, an outcome averted by co-ordinated policy action.

By the end of the 1990s, we were into the era of the ‘tech bubble’, which was associated with a surge in productivity. The bubble burst as the new Millennium dawned. Again, policy-makers were seen as saving the day, although for investors – especially those with a heavy weighting in the so-called ‘TMT’ stocks (Technology, Media and Telecoms) – there were some heavy losses to absorb.

And then, of course, there was the Global Financial Crisis, a moment that was very definitely regarded as an existential threat to the global financial system. It prompted co-ordinated policy intervention around the world on a scale never before contemplated, most of which has yet to be unwound.

What is different about the current crisis of confidence in markets and those which have preceded is that this one has been brought about by events outside our immediate control. Looking back at previous slowdowns, recessions and stock markets slumps, it is not hard to identify the causes and what could have been done differently to avert or at least mitigate the problems. In fact, in one sense or another, almost all previous crises have reflected boom and bust policy management.

This is different. To be sure, there were some underlying issues that still needed to be understood and tackled (low productivity growth, for instance). It is also true that growth in developed economies was already slowing and that we had specific concerns in the UK related to potential disruption from leaving the EU. Nonetheless, in economics terms, we were blind-sided by COVID-19. Every economic and market crisis has its own particular characteristics. Even so, there is normally a preceding tension that indicates that something is about to break. (It is to our discredit that these are often ignored when they should allow policy makers to begin making preparations or taking avoidance actions.) On this occasion, the forewarning was momentary.

When I first came into the City in the late-1970s, the reverberations of the 1973-74 stock market crisis were still echoing around financial markets and within the walls of investment firms.

While a global pandemic has long been an acknowledged threat, it seems that it was one that prompted more activity amongst movie makers than within the keeps of our policy institutions. This is not something I find particularly surprising, albeit there have been instances of potential pandemics in our recent past. Of course we could have been better prepared and no doubt there will be many a report produced in the future that will tell us so. Equally, even with inadequate preparations, we could have responded quicker and better.

Nevertheless, in terms of protecting the economy, I think the government has done a reasonable job. In particular the Chancellor responded quickly and aggressively. The aim has been to maintain a necessary level of background activity while putting the non-essential and vulnerable parts of the economy into suspended animation. By definition, this cannot be complete; there are bound to be numerous glitches and instances where businesses and households seems to fall through the gaps. No amount of disaster planning could have prevented this. But I would credit HM Treasury with being flexible and responsive. It has many critics, but few of those have suggested viable alternative courses of action (or, for that matter, any degree of unanimity in their criticisms).

What markets, economists and policy makers are trying to do now is assess how a recovery in activity may begin to become manifest. Even before lockdown restrictions have been eased, the economy is showing a natural tendency towards reviving. Nonetheless, significant damage has already been done to business models in most areas of the economy, with size not necessarily offering any defence. Meanwhile, there have been as many shapes suggested for a recovery as letters of the alphabet – and more.

My view is that the recovery will be quirky. In some areas, it will be swift; in others stuttering. In some, it may initially seem negligible; in yet others surprising. Tom Lehrer, a great protest singer of the 1950s and ’60s, once suggested ‘Life is like a sewer: what you get out of it depends on what you put into it’. I am not so sure that what emerges from the coronavirus recession will look exactly like what went into it. For a time, at least, the process of globalisation will be curtailed and there is a risk of a reversion to protectionism. Within the domestic economy, work patterns are likely to shift, but I think recovery may also be accompanied by improved trends in productivity. It is also going to be important to be cognisant of changes in household behaviour. These may be short-lived, of course, but they may also become more deep-rooted.

The most important feature of the response by companies, households and governments is going to be flexibility. The more that is shown, the better and more resilient will be our future growth. I am by nature an optimist, and I have huge faith in our ability to adapt to and emerge from adverse circumstances. On this occasion, inevitably, we are more than usually nervous, because the cause of the crisis puts it outside our immediate ken and we have nothing in recent history that helps with making an assessment of what an economic recovery may look like. Uncertainly is debilitating but needs to be balanced against our inherent optimism. This suggests that markets may remain volatile. However, I remain very positive about future growth prospects.

My biggest concern is with the debt that is currently being accumulated. Even if the recovery were to be perfectly V-shaped, the coronavirus recession cannot be a costless event. We have lost output and assets, some permanently. And the government has taken direct and indirect responsibility for supporting businesses and households through increased borrowing. When we borrow, we are, in effect, drawing down on future expected income. This must have a cost. While there may not be an immediate reckoning, at some stage we will have to decide when and how the cost is to be defrayed.