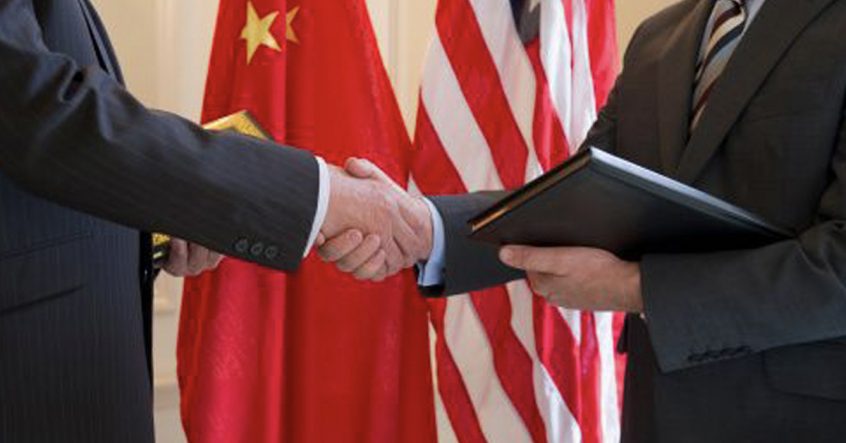 Equity markets remain hostage to developments in the ongoing US-China trade battle and fell 2% last week as tensions increased further. China retaliated against the US move the previous week with its own move to impose additional tariffs. Meanwhile, Trump banned US companies from using Huawei, the Chinese telecoms equipment manufacturer.

On balance, we still believe some kind of deal will eventually be reached – most likely at a Xi/Trump meeting at the G20 Summit in late June. It is after all ultimately in both their best interests to do so. That said, there is now a clear risk that an unwillingness by both sides to be seen to cave in to the other could stymie a deal and lead to further escalation in early July.

The correction in equities has been quite limited so far, with markets only down 3% or so from their recent highs. In sterling terms, the decline has been less still as it has been cushioned by the fall in the pound back down to $1.27. With Theresa May looking likely to leave No 10 in the next month or two with no Brexit deal in her bag, fears have grown that her replacement will be a euro-sceptic such as Boris Johnson – raising the risk of No-Deal and/or an early General election and ever more prolonged uncertainty.

Against this backdrop, we have used recent market weakness to increase our equity holdings somewhat. While we remain cautious – not least because of the US/China trade war – improvements on other fronts justify reducing the size of our underweight.

Global growth appears to be bottoming out with GDP surprising on the upside in all the major economies in the first quarter – albeit in some cases not for the best of reasons. In addition, the US Fed has become a source of support rather than worry for equities – the bond market now believes there is a 75% chance of the Fed cutting rates by year-end.

Specifically, we have scaled back our US equity underweight by adding to our US holdings and increased our existing thematic equity exposure in global brands. These moves were funded by reducing our holdings in high quality short dated corporate bonds and frontier market equities. Whilst we still favour the latter longer term and retain an exposure, they have proven more volatile than we had expected.

Finally, we have altered our exposure to alternatives. We have replaced our previous holding in a diversified absolute return focused fund with an equity focused fund which has rather higher and more predictable potential returns yet should still provide significant downside protection.