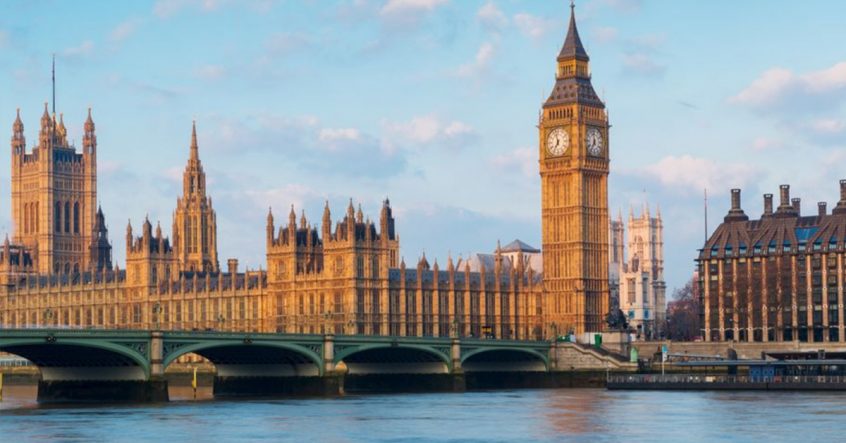 We have recently added to our UK equity holdings, eliminating our longstanding underweight. Although uncertainties undoubtedly remain, our view is that the risk of the two most market unfriendly outcomes – a No-Deal Brexit or Labour winning a majority – is now quite small. With the pound and UK equities both still cheap, we believe a neutral position on UK equities is now warranted.

While the outcome of the election remains somewhat uncertain, a Conservative majority now seems the most likely outcome. The Conservatives have a commanding lead in the polls, which has increased if anything in recent weeks, and importantly Corbyn remains much more unpopular than Johnson. The recent TV debate looks unlikely to have changed matters much with no out-and-out winner. Meanwhile, the threat to the Conservatives posed by the Brexit Party has been reduced significantly by the latter’s decision not to contest Conservative seats. Even so, the possibility of widespread tactical voting, the failure of the polls to correctly predict recent election results, and the possibility of an alliance between some of the ‘Remainer’ parties still mean the outcome is far from a done deal.

A Conservative victory would be the most positive outcome for the markets given their pro-business policies and the likelihood that Johnson’s Brexit deal would be ratified. Sterling would very likely rise to $1.35 or so from $1.29 currently and UK equities recover a further part of their marked underperformance relative to other markets in recent years. Despite their bounce since mid-October when the risk of a No-Deal fell substantially, UK equities have only unwound a small part of this underperformance and continue to look relatively cheap compared to other markets. The pound also remains well below pre-2016 levels and is cheap. UK small/mid cap would very likely also outperform large cap as domestic economic fears would ease. UK large cap, by contrast, would be held back to some extent by the relatively large proportion of their earnings coming from overseas, which will be worth less in sterling terms if the pound recovers further.

A Labour majority would clearly be the worst outcome for the market but we believe this remains low risk given the continuing poor ratings of both Labour and Corbyn. If Labour did win a majority, their radical nationalisation plans, which now include Water, the Railways, the National Grid, Royal Mail and BT’s Openreach subsidiary, would clearly hit particular segments of the market hard. Their plans for compulsory employee share ownership – with companies required to hand over 10% of equity to workers – and compulsory worker /consumer representation on the boards of UK companies would also be viewed with trepidation. Still, Labour’s bark would very likely be worse than its bite. Only if it gained an outright majority, would it be able to carry out its more radical policies. On Brexit, Labour is as market friendly as the Conservatives – with Labour calling for a deal to be ratified in a referendum and the possibility that the UK could end up remaining in the EU after all.

A hung Parliament is clearly possible with a minority Labour Government supported by a combination of the SNP/Liberal Democrats/Green Party. But Lib Dem/SNP support may be hard to secure. The Lib Dems have said Corbyn can’t be Labour leader if they are to have their support and any agreement with the SNP would be tied to demands for a Scottish referendum. This scenario would clearly lead to continued uncertainty on the policy front – other than on Brexit – but our view is that in this scenario, Labour would not be in a strong enough position to carry through most of its more radical policy proposals.

Both Labour and the Conservatives are planning substantial rises in Government spending – particularly investment. The gap between the two parties in this area is much smaller than normal although Labour is still planning a significantly larger boost than the Conservatives. Both parties have torn up their fiscal rules, with the Conservatives replacing their target of a balanced budget by the mid-2020s with an aim of balancing the current budget (which excludes public sector investment) by the middle of the next parliament. The new rules give both parties leeway to accommodate their plans for a substantial boost to investment spending. But they limit the scope for the Conservatives to cut taxes and boost current spending much further – indeed, Johnson has abandoned the plan to cut the corporation tax rate. As for Labour, its plans for significant tax increases mean it has considerably greater room to raise current spending than do the Conservatives.

A Conservative victory would very likely lead to Johnson’s Brexit deal being ratified and would clearly remove some of the Brexit-related drag on UK growth. Even so, significant uncertainties will still remain. Johnson is sticking to his pledge that the transition period (during which nothing much will change) will end in December 2020. At best, the UK/EU will probably only be able to agree a very limited kind of trade deal within a year. Other trade deals should also take a number of years to put in place. Consequently, while we expect UK growth to recover a bit as Brexit uncertainty eases and the boost from higher government spending kicks in, we still expect it to remain sluggish next year at 1.25-1.5%.

We have added to our UK equity holdings recently and they now comprise close to 40% of our total equity exposure. This takes us back to a neutral position which seems appropriate. Even though UK equities are expected to outperform on our base case, significant risks still remain. Moreover, our UK exposure is tilted toward small and to a lesser extent mid cap stocks which should be the prime beneficiaries of any further rebound in the UK market. Small cap stocks particularly look to have significant upside as they have recovered only a little and look particularly cheap. Our exposure to unlisted stocks is very limited and we don’t believe there are any liquidity issues regarding the small cap holdings in our funds.